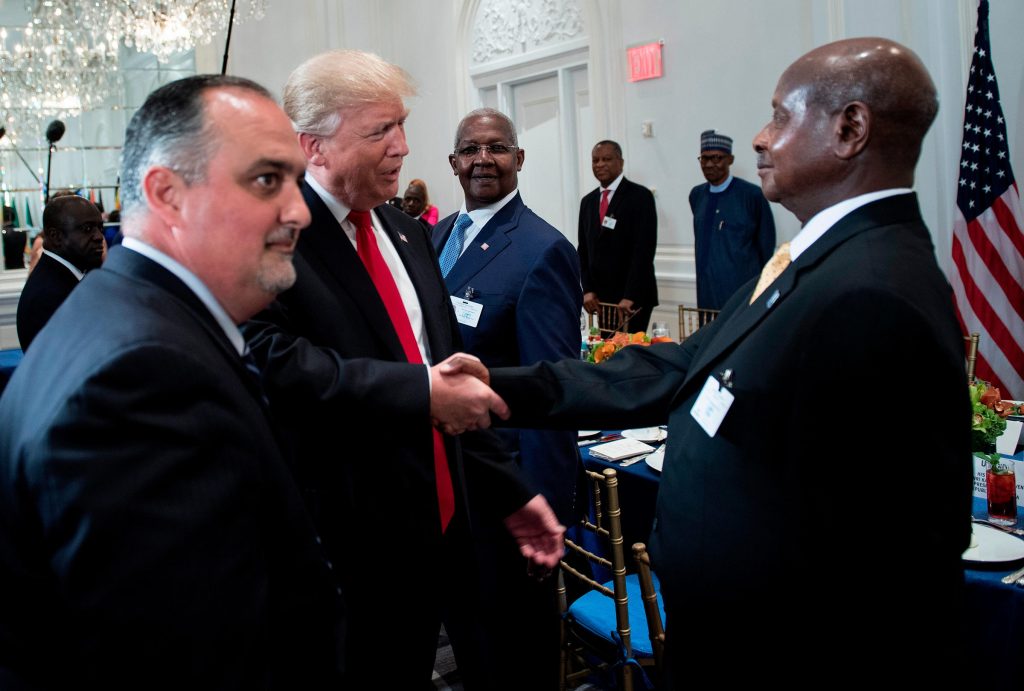 For democrats in Africa, the next three months will be pivotal in deciding whether the US will be a foe or an ally.

Five years ago, during his first and only trip to Africa as US president, Barrack Obama decried the tendency by some African leaders to refuse to leave office when their terms ended.

Speaking in front of an audience of heads of states and various officials at the Mandela Hall of the African Union Headquarters in Addis Ababa, hesaid: “Now, let me be honest with you – I do not understand this. I love my work. But under our constitution, I cannot run again. I can’t run again. I actually think I’m a pretty good president – I think if I ran I could win. But I can’t.”

The speech was welcomed by many on the continent, as it signalled that the US would stand with the people and constitutions rather than with rulers as it had been doing for nearly two decades. Today, that seems like a past age. The last four years have profoundly shaken faith in that promise.

Obama’s successor, Donald Trump, appears not to hold constitutional safeguards in such high esteem. The last three months have been particularly eye-opening, with Americans denied the right to peaceful protest, brutalised by the police. The president has actively undermined the credibility of the US voting system, leading to speculation that he might refuse to leave office should he lose the election.

US commitment to democracy in Africa has waxed and waned in the 60 years since most African countries gained independence. The cold war that dominated the first half of that era meant that democracy and good governance played second fiddle to US needs for strategic allies.

Murderous kleptocratic dictators like Mobutu Sese Seko of what was then known as Zaire curried American favour so long as they were willing to stand with what was ironically called the “free world”. The demise of the Soviet Union in 1991 provided a brief respite during which the US played a major role in supporting the push for greater democracy and greater respect for human rights.

In countries like Kenya, multiparty systems and term limits were introduced following pressure from both within and without, with the US particularly working in concert with local activists. However, by the end of the decade, from Rwanda to Uganda to Ethiopia, the US was already showing a familiar preference for strongmen with a distaste for democratic limitations.

The 9/11 attacks and the subsequent Global War on Terror at the dawn of the new millennium reinforced the fact that African lives and freedoms were expendable when the US felt it was in its interest. In return for turning a blind eye to atrocities, the US could gain reliable allies that would allow it to establish military bases, carry out attacks on those it termed terrorists, as well as murder, disappear and torture African civilians with impunity.

It was in that context that Obama made his 2015 speech and that makes the US election in November consequential not just for Americans but for Africans as well. It is true that its prestige on the continent is not what it once was – with prospects for democracy looking dicey at home, coupled with economic troubles and deadly incompetence in addressing the COVID-19 pandemic, the US has lost much of its former lustre and moral standing. However, it still wields considerable power and influence and can still be a powerful check on some of the worst instincts of dictators on the continent.

The disinterest of the Trump administration in Africa has had the opposite effect and is emboldening many of them. In countries like Zimbabwe and Tanzania, strongmen are establishing themselves and settling in for the long haul, as their counterparts have done in Rwanda and Uganda.

In Kenya, there are worrying indications that President Uhuru Kenyatta may be entertaining ideas about extending his State House lease. In the last few weeks, commentators have begun to float the idea of either allowing him a currently constitutionally barred third term or extending his current term.

Both of these would require a referendum to change the constitution and, surprise, surprise, one is already mooted as part of a deal between the president and his former rival, Raila Odinga. To be fair, Kenyatta has repeatedly declared that he has no intention of hanging on to power after the end of his current term in 2020. However, given the lengths he was willing to go to retain his position in 2017, including the murder by police of nearly 70 Kenyans in actions which he would later formally commend, there is little reason to trust his words.

For democrats on the continent, the next three months will be pivotal in deciding whether the US will once again be a foe or an ally. Still, although there is some hope in Joe Biden’s promise to “revitalize [US] commitment to advancing human rights and democracy around the world”, should he win, there are no guarantees.

With the US now engaged in a rivalry with China for influence on the continent, support for democracy and human rights may once again play second fiddle to securing reliable allies. In other words, the US may still prefer to stand with African states rather than African people.

It is worth remembering that despite his flowery rhetoric in Addis Ababa, Obama had been more than happy to cuddle up to Kenya’s corrupt regime just a week earlier. In the end, Africans must prepare for the worst even as they hope for the best.