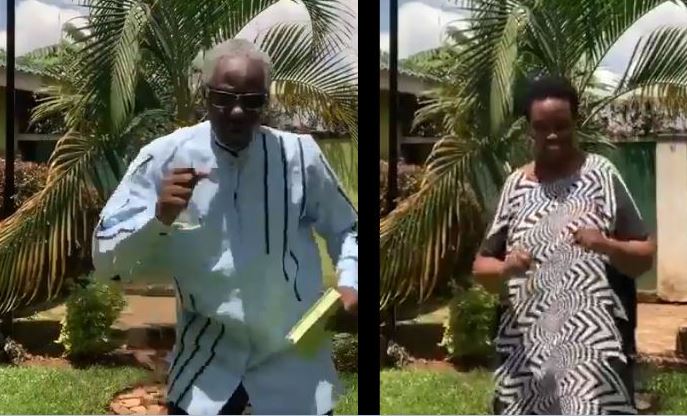 Lt. Gen. Elly Tumwine, who is National Resistance Army (NRA) bush-war hero, has literally broken the internet after he shared on twitter a video in which he is seen pulling very rare dance strokes.

In the said video which has since gone viral on social media, Gen. Tumwine is seen twisting and turning, break-dancing in a manner that has left many Ugandans comparing him to the late king of pop music Michael Jackson.

Besides Gen. Tumwine, his wife and daughters are first seen in the video grooving before he jumps in to challenge them.

Gen. Tumwine is a Ugandan military officer, professional artist, and educator. He served as Commander of the National Resistance Army from 1984 to 1987.