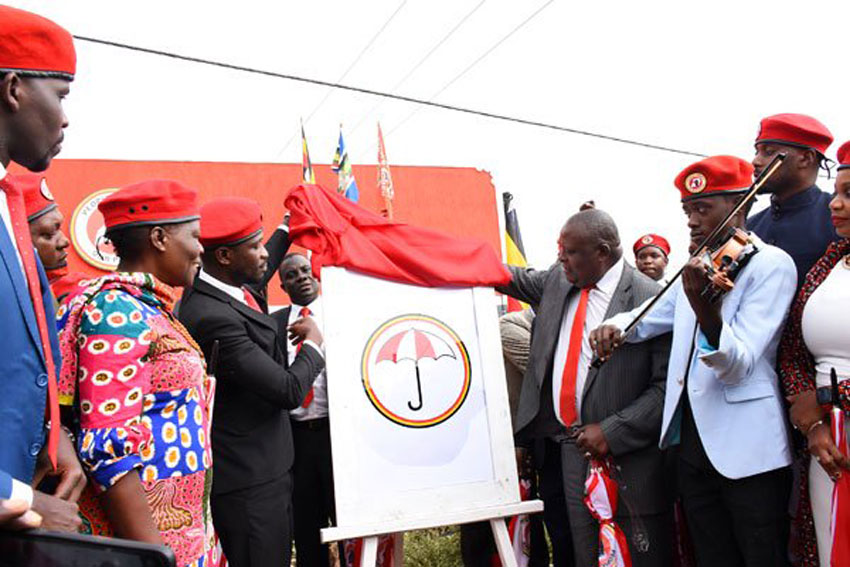 By now, many Ugandans have already watched a video of Mr. Nkonge Moses Kibalama and Mr. Ssimbwa Paul Kagombe speaking about the affairs of the National Unity Platform.

This is yet another attempt by Gen. Museveni’s regime to derail our progress in the struggle for freedom and democracy.

For several days now, Mr. Kibalama’s phones have been off. That of Ssimbwa has been on and off. When it is on, it is picked by someone who identifies himself as a solider and claims that they have him in custody.

On Monday this week, our legal team went to court. Both Kibalama and Ssimbwa had sworn and signed affidavits opposing the case brought against us and the Party. To our shock, when we got to court, we found another strange and suspicious lawyer who had other two affidavits ostensibly signed by Kibalama and Ssimbwa! The learned judge wondered how the same individuals could sign two contradictory affidavits.

To know how shabby, the characters who rule over us are, the same Kibalama who has appeared on TV several times confirming the legality of everything we did to change party leadership, was now writing that we never followed the law! They desperately wanted an injunction to stop our party activities, but the judge refused.

Countrymen and women, this confirms one thing. General Museveni is so scared of us. He has tried countless things to stop us and he is still trying. BUT WE, THE PEOPLE WILL PREVAIL AGAINST HIM.

Secondly, indications are that Kibalama, whose house is now guarded by UPDF has been compromised and coerced into disowning us and claiming that whatever was done to change leadership was illegal.

A few weeks ago, we got intelligence information about what has been transpiring and at the right time, we shall release this information. For now, we shall leave the legal matters to court to resolve. But we are fortified that the law is fully on our side!

Everyone who betrays the people’s struggle will get their due regard. Using tax payers’ money; our money, Museveni will definitely bribe so many people, including men of honor, to do very shameless things. But our faith is not in the political class. Our faith is in the people of Uganda.

In a very shameful way, Mr. Kibalama states that we promised to pay him five million US dollars ($5m) for transferring the party leadership. Treat this with the contempt it deserves. We are aware that for a very long time, the regime in Uganda has tried to portray us as people who get lots of money from foreigners!

Gen. Museveni must understand that Ugandans are not fools. They know our struggles as we know their struggles. We are told that their next plan is to plant lots of money (in dollars) and weapons in some houses of our comrades so as to follow through with these lies! That too will fail.

My assurance to all our supporters and Members is that the National Unity Platform exists legally and firmly. We are in advanced stages of candidate selection and other party activities. There is no number of machinations and gimmicks which will save Gen. Museveni from an inevitable and imminent fall. Let him watch the space.