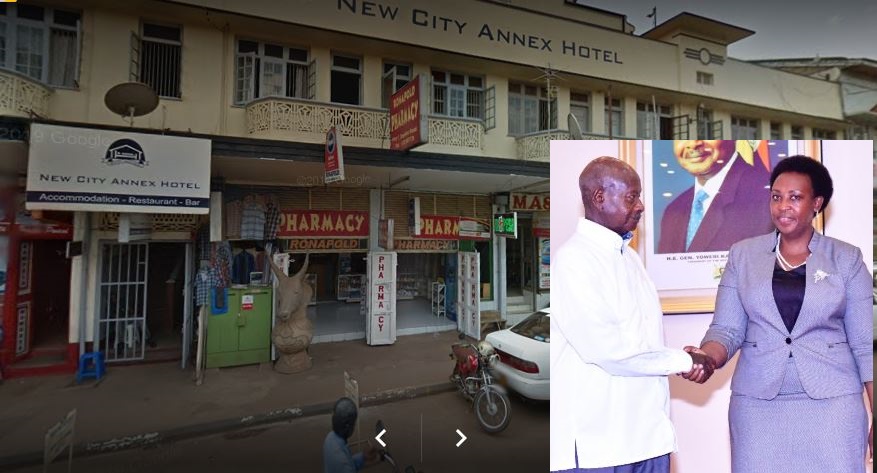 President Yoweri Kaguta Museveni’s blue-eyed Gal Molly Kamukama, who is  the State Minister for Economic Monitoring is currently one of the biggest Kampala landlord, after she recently reportedly acquired a building worth USD3M, about Shs11Bn.

Our Moles in Kampala intimate that   Kamukama, who is  the former Principal Private Secretary to the President, recently went shopping  and has since been linked to a building opposite the National Theatre, which houses ‘City Annex Hotel’.

Our Moles reveal that as a way of proving  the financial muscle she currently wields, the  humble but very shrewd businesswoman reportedly paid up in cash before taking over the building from some Asians who owned it.

However, the Moles reveal that this is not the only building that Kamukama has been linked to,  because in 2018, she reportedly added onto her long list of  assets a building at Arua Park valued at USD2.5m (about Sh10Bn) and still in the same year, she shifted to her new swanky mansion in the affluent Naguru  suburb, which is estimated at over  Sh1Bn.

But besides those multibillion real estate assets,  the Lady is also said to own a chunk of land and a Hotel in Kalangala District valued at over Shs10Bn. It said that she acquired this using the money she saved during the 2016 elections while she managed the Party Chairman’s office.

It should be noted that before she was apoointed the PPS, Kamukama had worked at the Electoral Commission.

A close male friend to Kamukama intimated to us that the woman is said to have fat bank accounts regardless of the recent property acquisitions.

Meanwhile, Kamukama early this year declared her intention to contest for the Kazo district Woman Parliamentary seat in 2021.

Kazo is among the six newly created districts that became operational in July 2019. It was carved out of Kiruhura district. The others are; Obongi, Rwampara, Kitagwenda, Madi-Okollo and Karenga.

It is the first time Kamukama is joining elective politics, although it is not clear whether she will resign her ministerial position as per the Constitution.  Following President Museveni’s re-election in 2016, Kamukama was named PPS, replacing Mary Amajo, who was then appointed Senior Presidential Advisor on Public Service.