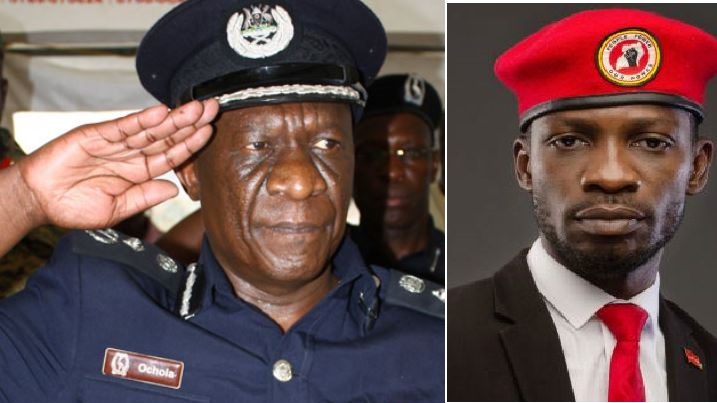 The Uganda Police and government of Uganda are to pay People Power movement leader Robert Kyagulanyi aka Bobi Wine, and his promoters Andrew Mukasa aka Bajjo Events and Abbey Musinguzi aka Abtex,  for the ‘Kyarenga’ concerts that were cancelled by police.

This comes after the High Court in Kampala ruled today, Thursday May 14, 2020, that the police’s actions of cancelling that Kyarenga concerts, which had been organized in several districts in the country were null and void.

Justice Esta Nambayo, who delivered the ruling, averred that the orders from the Inspector General of Police to block Bobi Wine’s concert was an infringement on human rights, hence the respondents who include the Attorney General and IGP Martins Okoth Ochola, are liable to pay costs of the suit and compensate the petitioners,  (Bobi Wine, Bajjo Events and Abtex).

She also observed that the Police action in 2019, of restraining Abtex and Bajjo from accessing the Kyarenga Concert Venue to hold a Press Conference to explain to the revelers why the concerts were not going to take place, was wrong.

Court also observed that bundling them (Abtex & Bajjo) on the Police vehicle and driving them at breakneck speed to Bobi Wine’s  residence at Magere in Gayaza  and abandoning them there well knowing that it’s is not one of the known official detention facilities in the Country was absurd.

The learned Lady Justice further noted that the failure to give them (Abtex & Bajjo) reasons for the arrest or taking statements from them regarding their arrest, was in bad faith, it was absurd and it would appear that the decision-maker had taken leave of his senses…

They had sought General, Exemplary and Punitive Damages for the flagrant violation of their rights and freedoms. However, they couldn’t be granted by Court by way of a Notice of Motion under Judicial review.