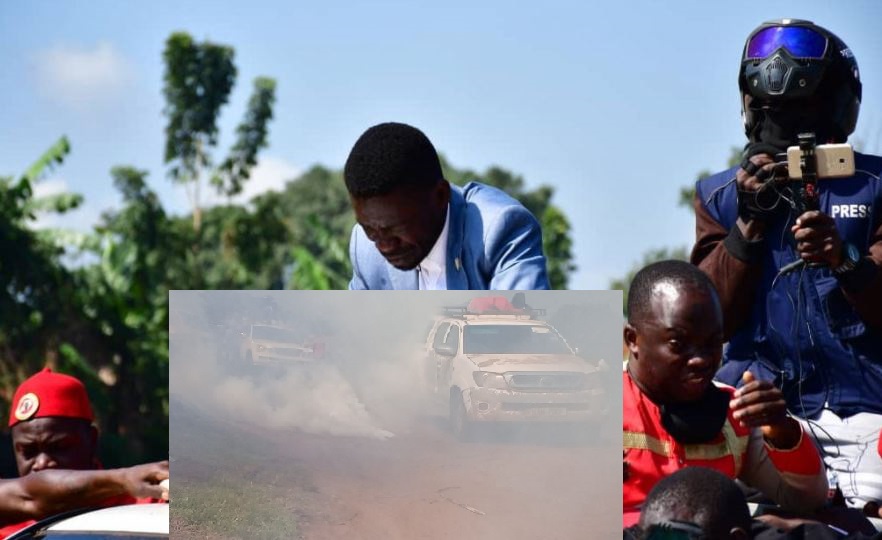 Bobi Wine, who was scheduled to hold a rally in Kayunga before continuing to Jinja and Kamuli was forced to drive through Kayunga at break-neck speed because he  could withstand the teargas.

Many of the journalists are covering Bobi Wine’s campaign trail also had to abandon their posts as several of them scampered in disarray to escape the teargas and bullets that were being shot in the air.

By the time of filing this article Bobi Wine was on his way to Jinja City, although it is not yet clear  whether the police will allow him to hold a rally there or not.

We shall keep you posted about the developments.