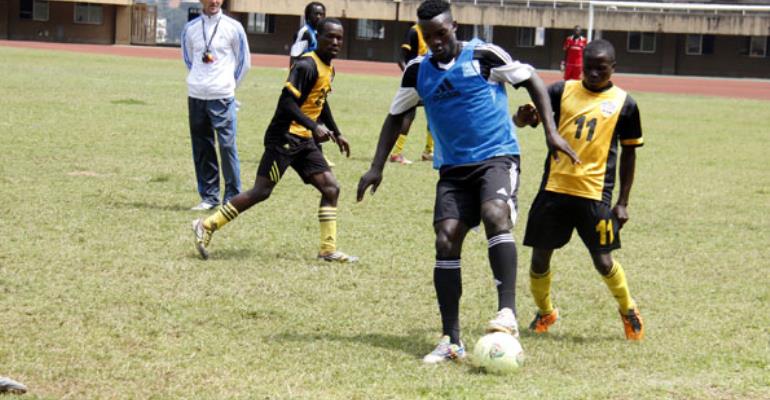 The Red Eagles have been on a restructuring process with already eleven new players arriving ahead of the new season set to kick off in October.

Obwin, who also featured for the national team Uganda Cranes, has now stated the club is headed in the right direction owing to recent developments from player signings to a well-structured administration.

“I am happy about what is happening at the club, I think the new chairman Kiryowa Kiwanuka is doing a fantastic job,” Obwin told the club’s official website.

“The most important thing is to have a structure that is respected by everyone which is the case at the club now.”

Obwin, who won five titles at the club including three domestic cups and two league titles, has also lauded the new signings, insisting they have made their best purchases so far in this transfer window.

“The technical team has done well, am impressed with the new signings, a mixture of experience and young talent, therefore, the other puzzle is the fans who I would like to request to trust the process and be disciplined,” Obwin continued.

Defensive midfielder John Byamukama is the latest addition to the 10 other new faces in Wasswa Bbosa’s charges ahead of the new season. The Red Eagles are chasing the elusive 7th title they last won in 2012.

In a recent interview, coach Bbosa remained confident the new signings will perform well in the forthcoming season.

“The Covid-19 pandemic has made it tough for everyone but I am happy we have prepared well especially with the new players,” Bbosa told the club’s website.

“I would like to thank my technical team for a good job done. Every one of those players will come good during the season because what we want is to see the club compete again.”

Others who have joined the six-time UPL champions are forwards Charles Musiige, Baker Sakah and Mustafa Kiragga.