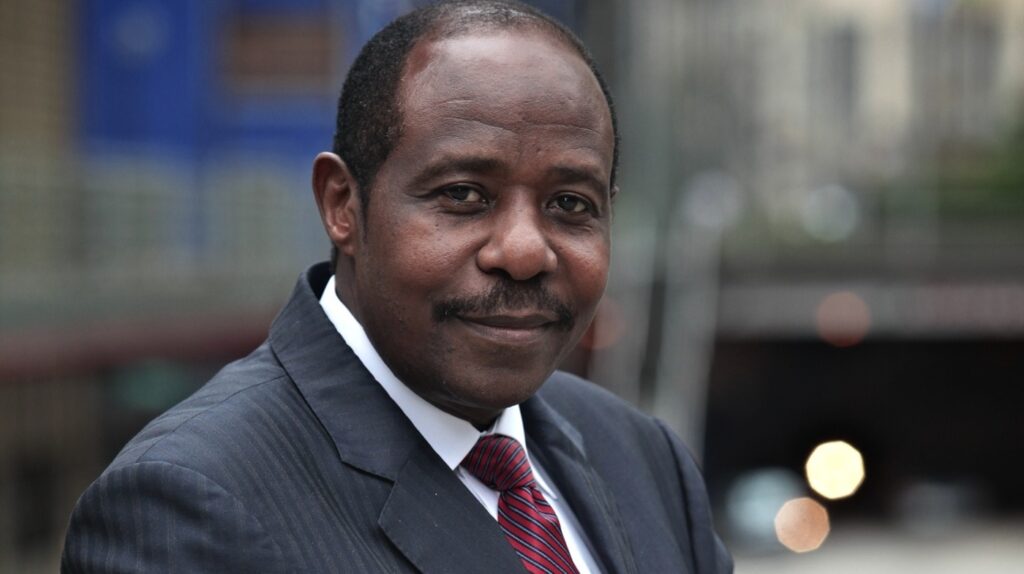 If Prime Minister Justin Trudeau is serious about what he calls Canada’s “strong friendship” with Rwanda, and if he’s as genuinely devoted to the multilateral rules-based international order as he claims to be, now would be a good time to act like it. In the bizarre case of Paul Rusesabagina, the leading Rwandan opposition figure who vanished in Dubai on Aug. 28 and showed up a few hours later in a jail cell in Kigali, Rwanda’s capital, Trudeau may even be uniquely positioned to step up.

That’s the view of Philippe Larochelle, a Montreal human rights lawyer on the legal team Rusesabagina’s family has retained on his behalf. Human Rights Watch and Amnesty International have described Rusesabagina’s case as both an enforced disappearance and extraordinary rendition, in violation of international law, and Trudeau should make an effort to intercede on Rusesabagina’s behalf against Rwandan strongman Paul Kagame, Larochelle told me.

“Trudeau’s very close to the guy. He’s been cosying up to Kagame for a while. They are friends,” Larochelle said. “The weight of Canada on the international scene, really, it’s not much, but Trudeau could at least speak up. I think it’s important to try to maintain some normal legal world order and not allow international abductions like this.”

The 66-year-old Rusesabagina was made famous for sheltering more than 1,000 people in the Hôtel des Milles Collines in Kigali during the 1994 Rwandan genocide, when UN peacekeepers were under orders to stand back as 800,000 Rwandans, mostly Tutsis, were slaughtered in a genocide incited by the Hutu-dominated Rwandan government. Rusesabagina’s heroism was the subject of the celebrated 2004 Holywood film Hotel Rwanda.

In recent years, Rusesabagina, a Belgian citizen since 1996 and a legal resident of the United States, has emerged as perhaps the most influential figure in the Mouvement Rwandais pour le Changement Démocratique, an opposition coalition that operates mostly in exile. One of the coalition’s constituents, the National Liberation Front, has engaged in an armed struggle that has included violence against civilians, actions Rusesabagina has opposed.

The Rwandan government made no attempt to legally seek Rusesabagina’s return to face charges, and how he ended up in Kigali remains a mystery. He caught a flight from Chicago to Dubai on Aug. 26, with a Sept. 2 return ticket. But five hours after he arrived in Dubai he was bound for Kigali aboard a Bombardier Challenger jet owned by a small private airline company that Kagame and his senior officials routinely use. He’d contacted his family two hours earlier to let them know he’d arrived safely in Dubai, and that was the last they heard from him.

The Rwandan government made no attempt to legally seek Rusesabagina’s return to face charges, and how he ended up in Kigali remains a mystery.

Formerly a senior Ugandan army officer, Kagame has kept an iron grip on Rwanda for the past 20 years by manipulating elections, locking up candidates running against him in presidential elections, and harassing, kidnapping and assassinating dissidents, defectors and opposition leaders. It was only the UN’s scandalous uselessness in the 1994 genocide that allowed his Rwandan Patriotic Front to invade from neighbouring Uganda and take over the country. But Kagame cuts a dashing “world stage” figure, trading on his ill-deserved reputation as the man who ended the genocide.

Kagame makes all the right noises about climate change, he’s a strong proponent of international trade, and he’s a devoted Trudeau-style “feminist.” Kagame’s regime requires 30 per cent of the legislature to be occupied by women, and Kagame’s government has gone further: sixty per cent of Rwanda’s parliament is made up of women, but it’s perhaps not quite the achievement it seems. Owing to the genocide, 70 per cent of Rwanda’s 12 million people are women. And women don’t fare especially well if they challenge Kagame politically.

After Victoire Ingabire declared her candidacy in 2010, she was charged with a series of trumped-up terrorism offences, barred from running for office, and eventually sentenced to a 15-year jail term that Kagame suspended only after Ingabire spent eight years in a prison cell. Kagame reportedly won the 2010 election with 93 per cent of the vote. During the 2017 presidential election, popular presidential candidate Diane Rwigara, her mother and several family members were abruptly arrested on charges of terrorism, incitement to insurrection, forgery and tax evasion. The regime seized the Rwigaras’ family business and sold its assets, worth roughly $2 million.

While Rwigara was languishing in prison, Trudeau welcomed Kagame to Canada and thanked him for “a very good discussion on fighting plastic pollution and a variety of issues affecting our two countries.” Although the Rwigaras were eventually acquitted on charges and released, Kagame “won” the 2017 election with a reported 99 per cent of the vote. Canada’s High Commission in Kigali had this to say: “Canada congratulates Paul Kagame on his inauguration today as President of Rwanda.”

Trudeau has since had at least a half-dozen of the friendliest sorts of meetings with Kagame, directly and in the COVID-19 “virtual” way. In perhaps the most sordid event in what the former Kagame confidante David Himbara has described as the strange ”romance” between Trudeau and Kagame, Rwanda’s Defence Minister, Gen. James Kabarebe, was hosted in Ottawa in 2017 by Defence Minister Harjit Sajjan. Kabarebe has been identified in a UN Security Council investigation as the de facto leader of a Zairean terror group responsible for mass atrocities, mass rapes and “systematic, methodical and premeditated” attacks on Hutu refugees in the jungles of the Democratic Republic of the Congo.

Just one small thing Trudeau could do is offer Canada’s backing in the appeal human rights organizations and Rusesabagina’s legal team have put before the Special Rapporteur on Torture in the UN’s Office of the High Commissioner for Human Rights in Geneva. The hope is that the commissioner’s office will launch an investigation into Rusesabagina’s kidnapping and ensure his right to independent counsel.

“Without that,” Larochelle told me, “his chances of a fair trial are nil.”