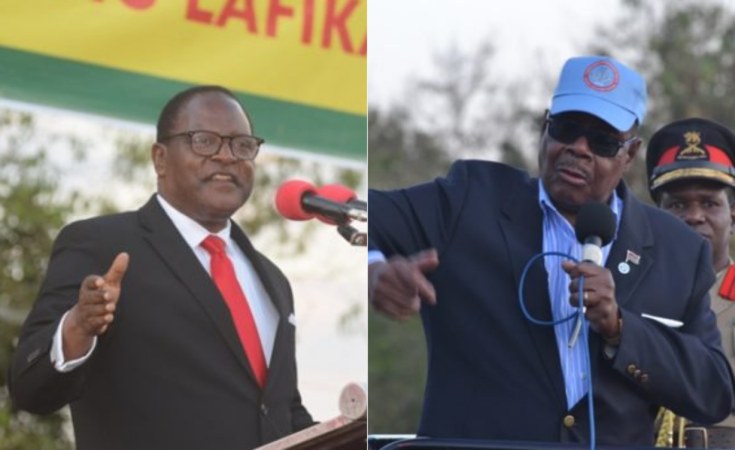 Lazarus Chakwera has Sunday June 28, 2020, been sworn in as Malawi’s new president Sunday after the announcement the previous night that he had won the southern African country’s rerun elections.

Chakwera is Malawi’s sixth president after winning the historic election held last week, the first time a court-overturned a vote in Africa,   which resulted into the defeat of an incumbent leader.

“Perhaps the prospect of my presidency fills you with fear and grief. I want you to remember one thing, that this new Malawi is a home to you, too,” said Chakwera. “So long as I am its president it will be a home in which you, too, will prosper.”

Chakwera won with 58.57% of votes cast, beating the incumbent president Peter Mutharika, according to official results announced by the Malawi Electoral Commission Saturday night. There were night-long celebrations in the cities and towns across the country.

Chakwera, 65, said it was an honor to stand before inaugural crowd as their president.

“It’s an honor that feels me with unspeakable joy and immense gratitude. It’s an honor forged in the furnace of your desire and your demand for change,” he said.

Chakwera’s election came after months of determined street protests against the results of the election more than a year ago, in May 2019, in which Mutharika had been declared the winner.

The Constitutional Court struck down the results, citing widespread irregularities including the use of correction fluid on ballots. It was just the second time in Africa that a court has overturned a presidential election, following a ruling on Kenya’s vote in 2017.

The Malawi Human Right Commission, one of the observers, endorsed the rerun election as peaceful and transparent.

However, the defeated incumbent Mutharika criticized the rerun election as “the worst in Malawi’s history” but urged the country to “move on peacefully” speaking to the media in Blantyre on Saturday.

Mutharika’s Democratic Progressive Party issued a statement on Saturday calling on the electoral commission to annul the results of the second vote and declare a third election, but Mutharika did not call for that when he spoke to the press.

Acknowledging the discontent of Mutharika’s supporters, Chakwera asked them in his inaugural speech to give him a chance to earn their trust and to make his election a win for all Malawians.

“Those of you that celebrate, celebrate with a humanness that all Malawians deserve so that we have the magnanimity of celebrating a victory that is not for one man, not for one woman, not for one party, not for one group, but for all of us together,” said Chakwera. “That is how we will fulfill the dream of a new Malawi that will be for everyone.”