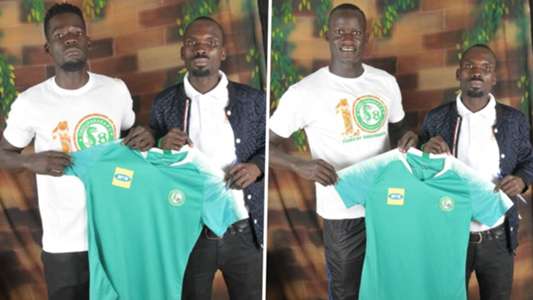 Ugandan Premier League (UPL) side Onduparaka FC have sealed double signings ahead of the new season.

“We are delighted to announce the signing of holding midfielder Okot Simon and goalkeeper Ogiramoi Stephen as we continue to strengthen the squad ahead of the forthcoming season,” the club confirmed on their official website.

“Okot who previously featured for Katwe United and is part of the Acholi Province Team joins us on a two-year contract while former U-Touch goalkeeper Ogiramoi has signed a three-year contract to stay with us.

“The duo joins our already signed players who are expected to link up with the Arua team soon as the season preparations begin.”

Opoka, who formerly turning out for Busoga United, signed a two-year deal with the Caterpillars and became the 10th new player to arrive.

“You requested for a UPL material, we heard you and now we give you a UPL material,” the club confirmed while unveiling Opoka on Sunday. “Welcome goalkeeper [Augustine] Opoka from Busoga United who has joined us on a two-year deal”

At Busoga United, Opoka did not manage to command a place in the starting line up regularly with stiff competition coming from Rodgers Omedwa and Ali Kimera.

At his new home, he will have to square it out with Yussuf Wasswa, who was largely trusted last season. Opoka had featured for Spartans FC, Kamwoka, and Kampala University FC.

Meanwhile, the Caterpillars have announced Dan Obote as their chief scout.

The club has maintained their strategy of spreading to other parts of the country will be achieved if they sign talents far away from the West Nile region.

“As Onduparaka Football Club aims to extend its love beyond West Nile to other regions of the country and abroad, we are delighted to welcome and announce [Dan Obote] as the club’s chief scout for Lango and North Eastern region,” the club announced.

“Obote who holds coaching qualifications in Fufa beginners Level D and Caf C Coaching license is a retired professional Uganda Cranes international who also featured for the U20 [Hippos] and U23 [Kobs].”

During his heyday, Obote had an active career that saw him feature not only for Ugandan clubs but also for regional outfits.

Obote played for Uganda Revenue Authority (URA FC), SC Villa, and Boroboro FC in Uganda. The scout played for Rayon Sports of Rwanda as well as a number of South African clubs that include Vasco Da Gama, FC Cape Town, and Ikapa Sporting.