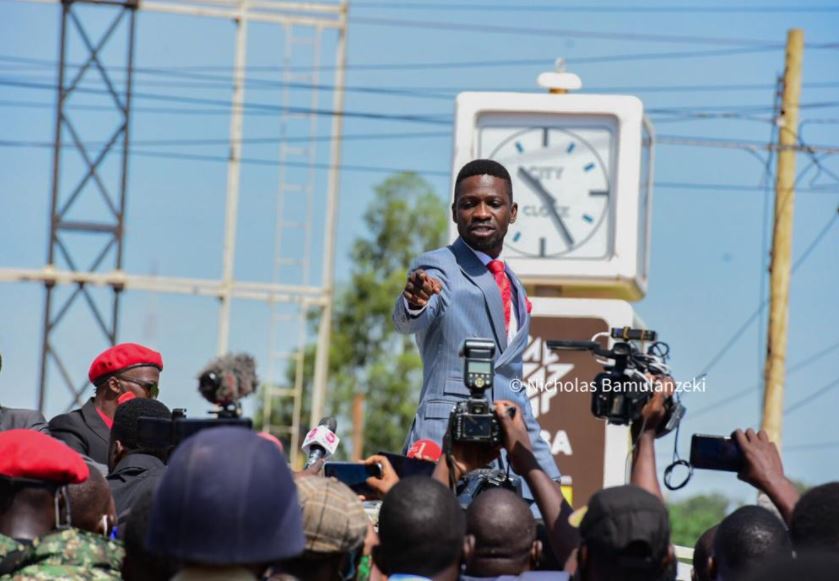 Robert Kyagulanyi Ssentamu aka Bobi Wine, the National Unity Platform (NUP) presidential contender, has been arrested by police shortly after being nominated for presidency by the Electoral Commission.

Bobi Wine was arrested as he exited the gates of Kyambogo University,  where he had been duly nominated by the Electoral Commission to contest in next year’s presidential polls.

During his speech shortly after being nominated Bobi Wine said he would increase the salaries of the police, army and prisons officers and create over a millions jobs.

However, as he tried to exit Kyambogo University  premises the police surrounded his car, smashed it and pulled him out, before they bundled him into a waiting police van that drove him off to a yet to be identified location.

The Police however had not revealed by press time why they arrested Bobi Wine or where they were taking him, although they had arrested several NUP supporters and driven them to various police stations around Kampala.