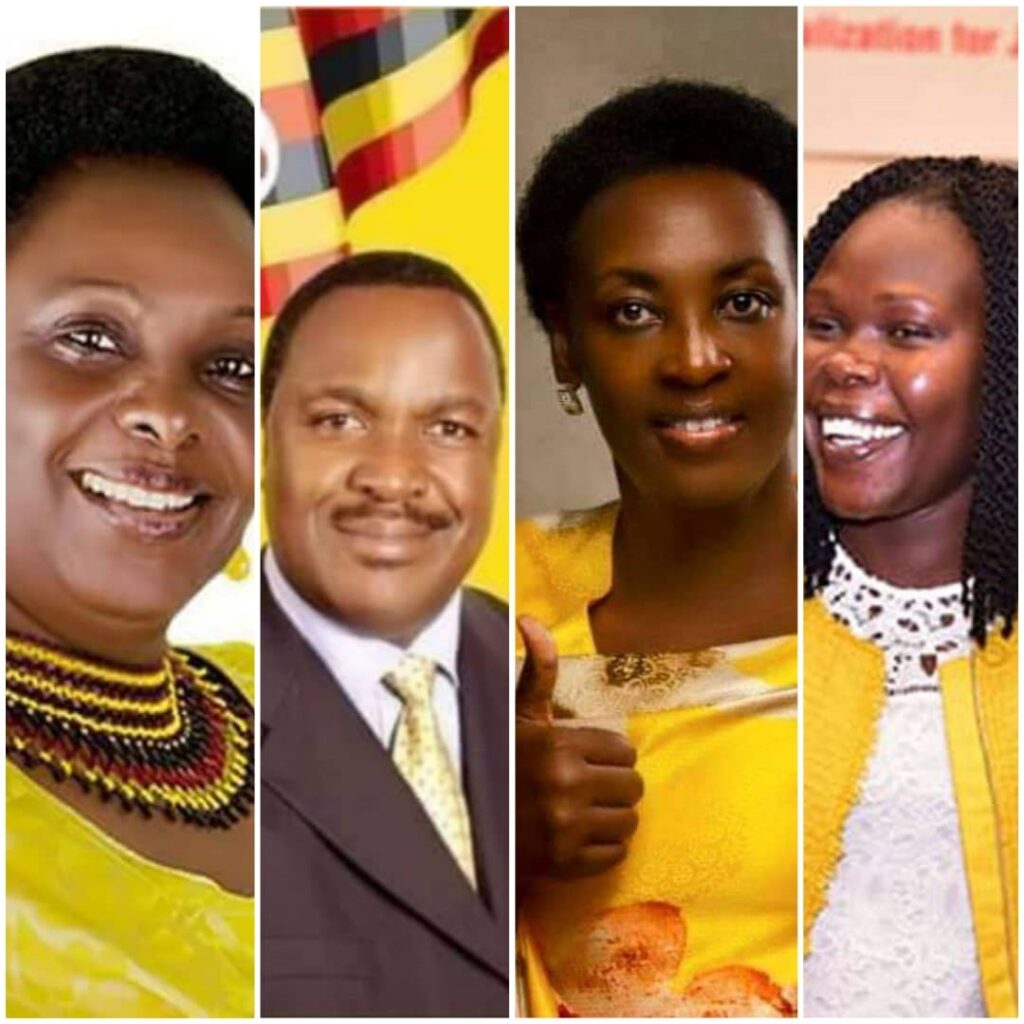 A number of incumbents and ministers have been put to the sword in the ruling National Resistance Movement (NRM) party primaries, casting in doubt their political career.

Ministers Evelyn Anite (Investment), Elioda Tumwesigye (Technology) Adolf Tumwesigye (Defense), Mary Karooro Okurut (General Duties), Michael Werikhe (Trade), Mwesigwa Rukutana (Labour) and Christopher Kibazanga (Veteran Affairs) lost and are pondering their next moves.
Ms Anite, who was defeated by Dr Charles Ayume by a difference of 768 votes for the Koboko Municipality seat, which she has occupied for just one term, conceded defeated, ruling out the possibility of running as an Independent.

Tumwesigye’s decision to run in the newly-created Sheema Municipality came back to haunt him as he was trounced by Mr Dickson Kateshumbwa, the former Uganda Revenue Authority (URA) commissioner for Customs.

Mr Christopher Kibanznga, who has been representing Bughendera County in Bundibugyo District where he shifted in 2016, having ran away from the Opposition stronghold of Kasese District, was defeated by Mr Acrobat Kiiza. Ms Karooro Okurut, who has been the Bushenyi Woman MP representative for more than 10 years, was trounced by Ms Annet Katusiime Mugisha.

In the western district of Kazo, Ms Molly Kamukama, the former Principal Private Secretary to President Museveni and now the minister for Economic Monitoring, lost to Ms Jennifer Muheesi with whom she was competing for the Kazo District Woman MP slot.

In Ibanda Municipality, Prof Vanasius Baryamureeba, who had promised to give up his salary to his constituents, couldn’t even come second. The municipality was taken by Tarsis Rwaburindore, while Mr Dues Mulinde came second.
In far East, Kitgum District, the State minister for International Affairs, Mr Henry Oryem Okello, lost to Geoffrey Lowa. For Kitgum Municipality seat, the incumbent, Ms Beatrice Anywar Atim, who also doubles as minister of Water and Environment, was defeated by youthful Henry Kissinger Oryem. There were reports that Ms Anywar had pulled out of the race on grounds that her name wasn’t on the NRM’s party register.


In Gulu East, Ms Nancy Atimango won Christine Atimango while in Gulu West, Mr Robert Roy Olara lead Charles Kilara.  “Our candidates exhibited discipline through the campaigning period and on voting day, we have not registered any case of violence,’’. The NRM registrar George Avola

Ms Atimango, who won the Gulu East flag, said it has through been hard work that she has been able to win.
“The primaries are over now; I’m ready for the main race,’’ she said.

In Aswa County, Mr Simon Wokorach won by 1,006 votes, while Peter Komakech could only fetch a miserable 43 votes.
In Jinja District  Kagoma North,  results indicated that Mr Alex Kintu Brandon, won with 70 per-cent of the votes.

In Luuka District, the Minister for the Presidency, Ms Esther Mbayo, won two others, including Ms Olivia Namwase, and Ms Evelyn Naume Kabule.