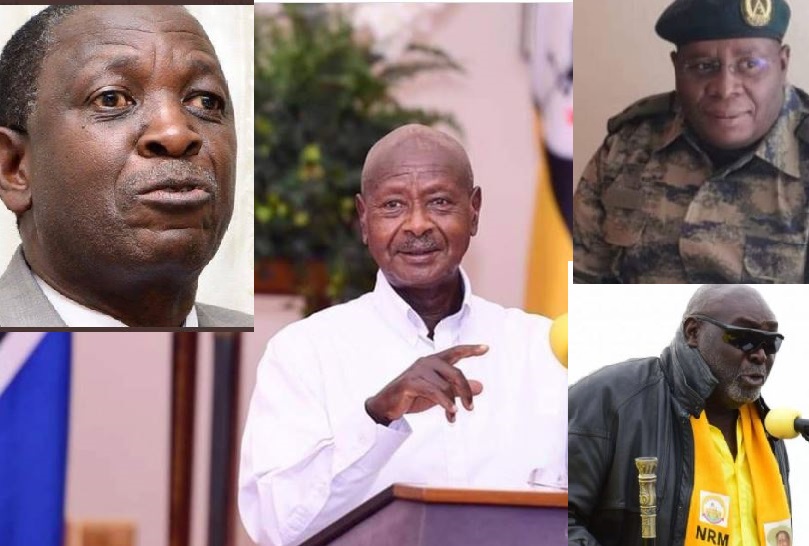 Amin. Who has met Museveni several times ever since he returned to Uganda, 2003 after years of self-imposed exile in neighbouring Democratic Republic of the Congo (DRC), where he is alleged to have occupied the derelict Ugandan embassy, closed after Uganda cut diplomatic relations with the DRC in 1998.

Former DRC President Joseph Kabila, the son of Laurent-Desire Kabila, his predecessor, deported Amin after receiving complaints from Ugandan officials who argued that the transitional government in Kinshasa should no longer protect Ugandan rebels.

Amin had reportedly been worrying Ugandan officials following reports that forces loyal to him, which were at one time allied with Kabila senior’s armed forces against Rwandan- and Ugandan-backed rebels in eastern DRC, were regrouping in the Semliki valley along the border between the DRC and Uganda.

Amin’s father, who ruled Uganda between 1971 and 1979, presiding over a well-publicised era of brutality and economic meltdown, died on 16 August at a hospital in Jiddah, Saudi Arabia, where he had been living under protection from the Saudi royal family for more than a decade.

The years of bloodshed and instability following the fall of Amin’s regime eventually culminated in the successful takeover of Museveni’s National Resistance Movement (NRM) in 1986. Since then, observers have pointed out that the NRM has avoided the cycle of retribution that characterised previous governments.