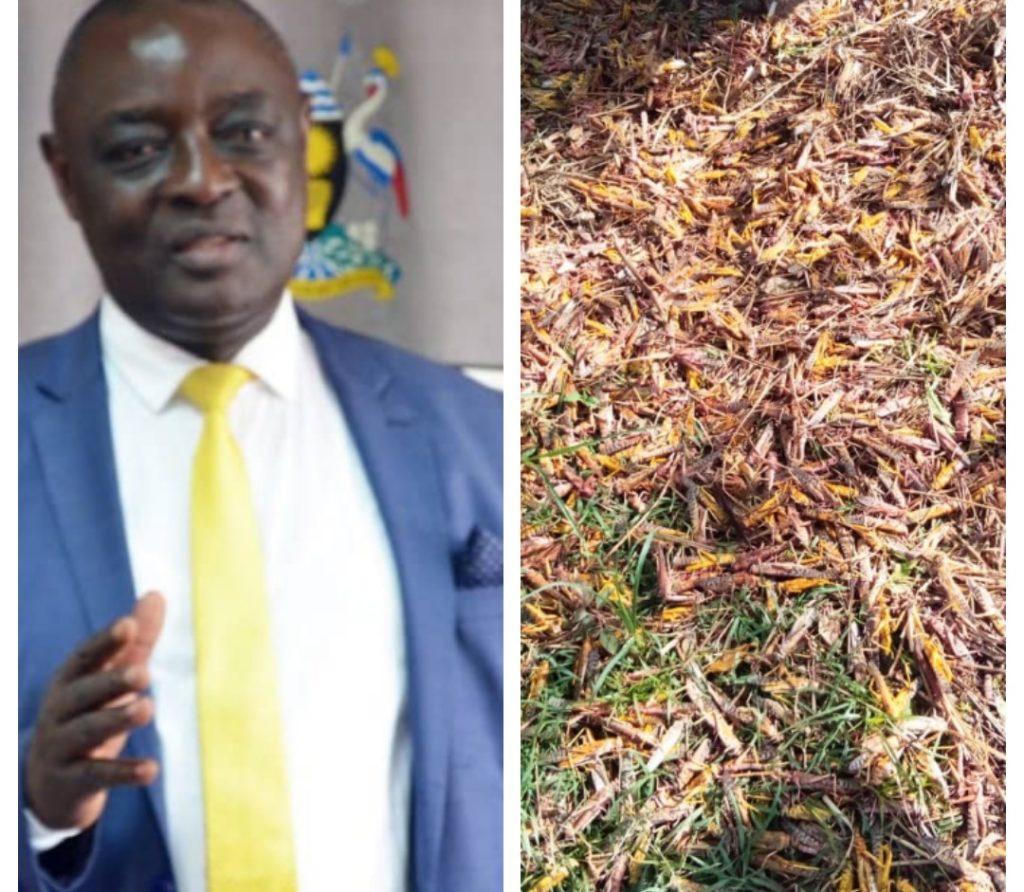 Just as Uganda was still struggling with the fight against Coronavirus, a new calamity has befallen the country after a swarm of locusts invaded several parts of the country over the weekend.

As a result of the new locust invasion, the Ministry of Agriculture  Animal Industry and Fisheries  has asked government for  Shs16Bn to fight the pests which are already causing massive destruction to plants vegetation and vegetation.

This revelation was made by the Agriculture Minister Vincent Bamulangakai Ssempijja, who revealed during a  presser at the Uganda Media Centre that the money is needed as urgently as possible if the ministry is to mitigate the destruction being caused by the locusts.

The insects descended on gardens of cow peas, soya beans, millet, sorghum. By far their favourite target was Echomai, a wild delicacy in Teso.

Tisei, Kanapa, Ongino Subcounty, Kumi, sub-counties and parts of Kumi Municipality are among the affected areas.

By press time, the Uganda People’s Defence Force (UPDF) response team was busy spraying using hand pumps although some were noticeably not in good working condition, reason why the Ministry partly need the money to purchase new pumps.

On March 21, another swarm of locusts was reported in Moroto. It is not clear whether the Teso invasion is a spill over from Karamoja or a fresh invasion.

Christine Apolot, a Ministry of Agriculture official, has appealed to government to avail the district with spray pumps to avoid reliance on only UPDF.