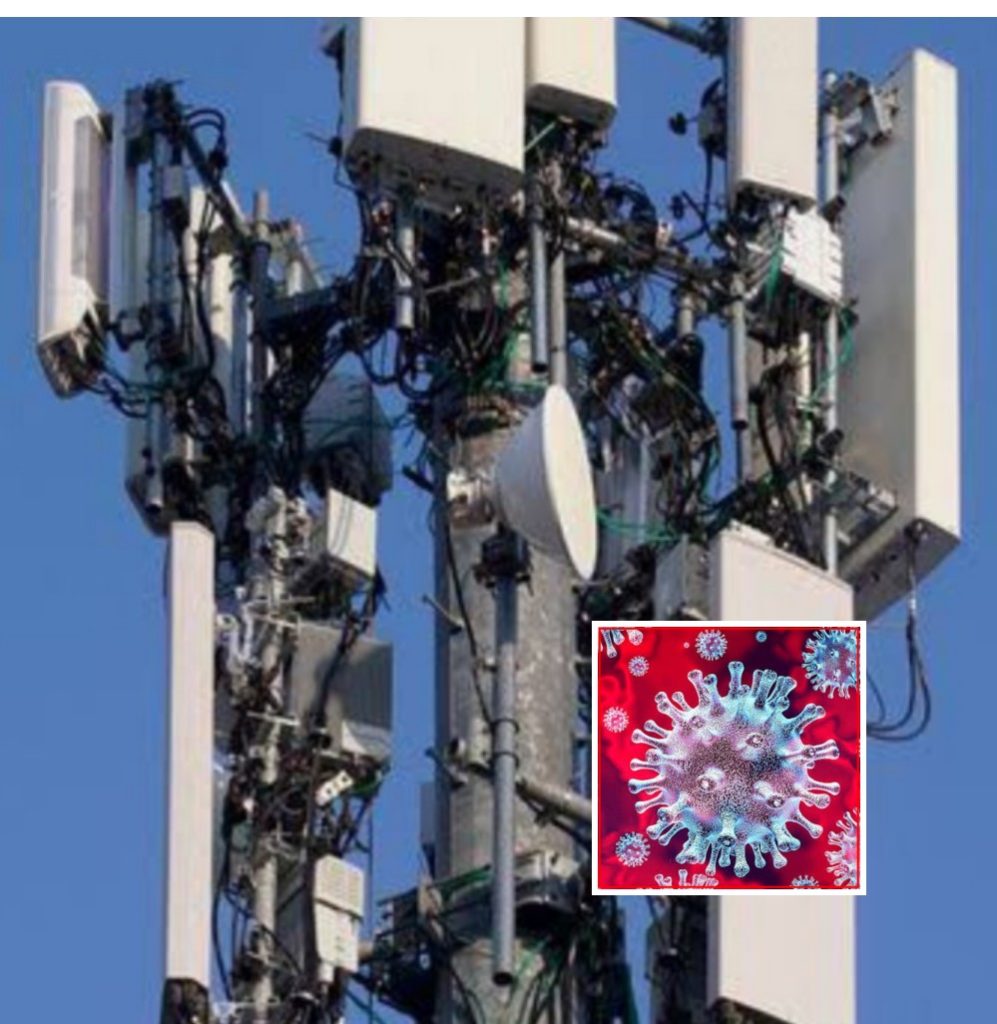 Governments and media globally are stepping up to debunk the conspiracy linking 5G mobile technology to coronavirus, which led to some 5G masts being set on fire in Britain last week.

When asked by a reporter about the so called “theory” that 5G telecommunications towers could play a role in the spread of the disease, British Cabinet Officer Minister Michael Gove said: “That is just nonsense, dangerous nonsense as well.”

“The 5G story is complete and utter rubbish, it’s nonsense, it’s the worst kind of fake news,” Powis said. “The reality is that the mobile phone networks are absolutely critical to all of us.”

Last week South African health minister Dr Zweli Mkhize also spoke out against the ongoing rumours, calling it “fake news” that did not stand up to scrutiny.

“The reality is that 5G is a technology, and coronavirus is an organic infection that is based on a living viral agent,” Mkhize explained.

During a 5G webinar last week, organised by the National Electronics Media Institute of South Africa, Prof Antoine Bagula, from the University of the Western Cape said, “Radio frequency spectrum falls under non-ionizing radiation with low energy/band, this is low risk to human health. Today if you go for an X – ray, which is a form of ionizing radiation, you are covered by lead. You know why? It is because they are following guidelines to ensure that you are not over exposed to radiation.”

During the same webinar, Dick Sono, Chief Director of Radio Frequency Spectrum at the Department of Communications and Digital Technologies also addressed the issue saying, “There are guidelines is to ensure that we do not over expose humans to radiation. 2G, 3G and 4G have been also deployed under the stringent regulations and mobile network operators have followed these in deploying their networks. The same will be applied to 5G networks.”

The fake theories doing the rounds on social media platforms including Facebook, Twitter, YouTube and TikTok, come at a critical time in the pandemic and plays on people’s emotions.

Global communications industry body, the GSMA said: “The telecoms industry is working around the clock to keep vital health, education and emergency services online, businesses running, and friends and families connected. It is deplorable that critical communications infrastructure is being attacked based on outright mistruths. We urge everyone to trust health authorities and rest assured communications technology is safe. There is no link between 5G and Covid-19.”

Fortunately, some of the social media platforms have started to take responsible response.

YouTube has reduced the amount of content spreading conspiracy theories that it recommends to users and removed some of the conspiratorial content, since that could “that could misinform users in harmful ways.”

“We also have clear policies that prohibit videos promoting medically unsubstantiated methods to prevent the coronavirus in place of seeking medical treatment,” a YouTube spokesperson said.

The conspiracy theories claiming that radiation from 5G towers can lower the body’s immune system has been condemned by the scientific community.

Dr Simon Clarke, associate professor in cellular microbiology at the University of Reading says,
“Your immune system can be dipped by all sorts of thing – by being tired one day, or not having a good diet. Those fluctuations aren’t huge but can make you more susceptible to catching viruses.”

He added that radio waves involved in 5G and other mobile phone technology sit on the low frequency end of the electromagnetic spectrum. Less powerful than visible light, they are not strong enough to damage cells – unlike radiation at the higher frequency end of the spectrum which includes the sun’s rays and medical x-rays.