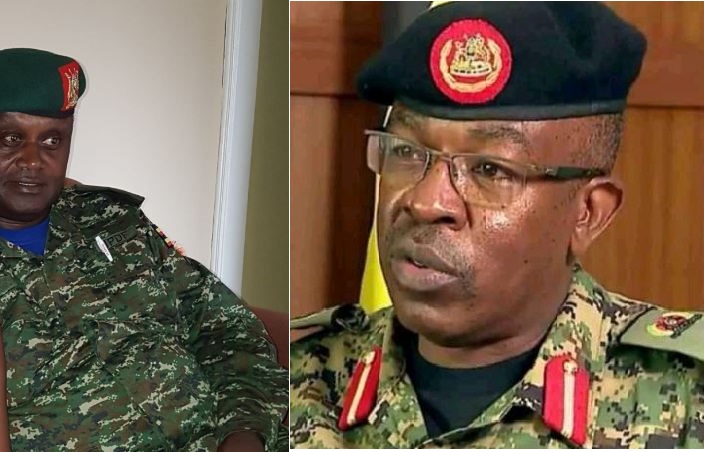 Human rights activists in Uganda have come out to demand  the unconditional release of  Maj. Steven Rwakanuma, who is currently in detention at Makindye Military barracks, after he was arrested for allegedly possessing illegal arms and aiding Tanzanians to enter Uganda despite the COVID-19 lockdown.

Maj. Rwakanuma was arrested last week by the army and the police over allegations possession of a  firearm and abuse of office through allegedly aiding Tanzanians to cross into Uganda during the COVID-19 lockdown.

A serving Uganda Peoples Defence Forces (UPDF) serving officer, Maj. Rwakanuma was arrested on May 22, 2020 from his farm in Isingiro District, by a joint team of UPDF soldiers, CMI operatives and Police, before he was whisked to Makindye military barracks, where he has been in detention since  his arrest.

However, our sources from CMI reveal that although he is being held incommunicado at Makindye barracks, the army and CMI have failed to press any charges against him after investigators into allegations lodged  against him discovered that it was a case of malice, because there is no evidence to support the allegations.

It is not surprising therefore, that several days after his arrest, neither the police nor the CMI has pressed any charges against him, reason why human rights defenders assert that the army man should be freed, because his current detention is illegal and breaches Uganda’s constitution.

“He has been in detention  for over a week without being produced either at the Court Martial or any other competent court in Uganda after they have failed to find any incriminating evidence against him,”  the source who preferred anonymity told Elite News Uganda last night.

The source added that “He has been denied access to his lawyers and family members and friends. They keep telling us that they are investigating the matter. For days detectives have been combing everywhere in Isingiro District evidence to support the allegations but they can’t find any.”

It was also alleged that Maj. Rwakanuma was aiding the smuggling if Tanzanians into Uganda to bypass the COVID-19 lockdown but the accusers have since failed to adduce evidence to support their allegations or arrest any of the Tanzanians he allegedly helped to smuggle into Uganda.

It is for that reason that human rights defenders contend that the CMI should unconditionally release Maj. Rwakanuma, parade him in a court to face the charges against him if any, or allow him access to his lawyers and or family members, because not doing all the above is a sheer miscarriage of justice.

It should be noted that this comes at a time when Brig. Richard Karemire, the UPDF spokesperson, has just issued a public warning to all Ugandans, urging them to disregard social media rumours that there is an investigation of senior army and police officers that is currently going on.

Brig. Karemire tweeted on Monday thus; “The public is asked to ignore  a FAKE tweet going around alleging that  a committe has been set up to  investigate some Generals and Police Officers. We ask UCC to seriously look into this trend of fake accounts and false information they spread. @nyamadon.”