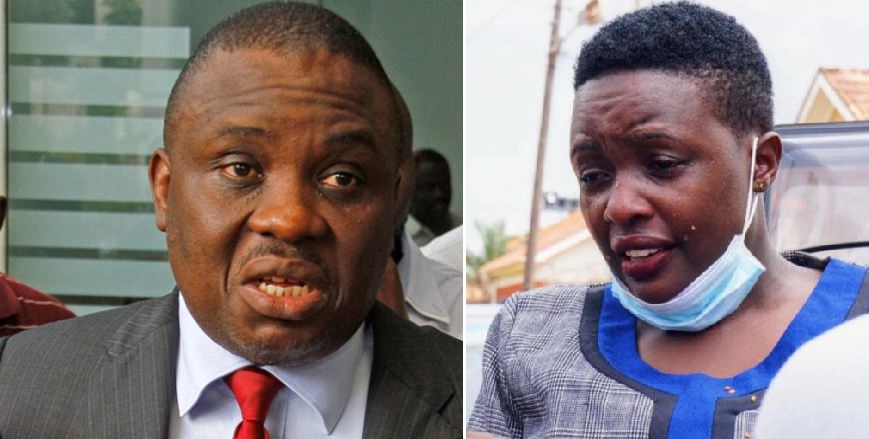 Kampala Capital City Authority (KCCA) Lord Mayor Hajji Elias Lukwago and his deputy Doreen Nyanjura are reportedly in separate self-isolation over fears that they could have contracted the deadly Coronavirus (COVID-19).

Lukwago and Nyanjura are said to have been taken for testing on Wednesday and later into isolation on Friday evening after they both showed signs of COVID-19, according to our sources at City Hall.

Although the officials at KCCA are yet to issue an official statement about Lukwago and Nyanjura’s health status, our efforts to contact either the Lord Mayor or his deputy for a comment about the matter were futile since they couldn’t be reached through their office lines.

But is should be noted  that a few months back there was a COVID-19 outbreak at the KCCA after some of their staff at City Hall tested positive for COVID-19.

Although KCCA later opened up their offices, they were faulted by some health officials for rushing to do so, for fear that the virus would easily spread among staff.

Insiders at KCCA who talked to this website however revealed   the Lord Mayor’s said infection could have been kept away from the public for fear of raising alarm amongst KCCA staff and the people he has come into contact with during the past few days.

If intelligence reaching our news desk is anything to go by, then it means all the Lord Mayor’s staff, councillors, politicians plus several other people that he has encountered in the past one week have to be taken into quarantine for testing and isolation since they are all Contacts.

The breakdown of the new cases is as follows:

The breakdown of the new cases are: