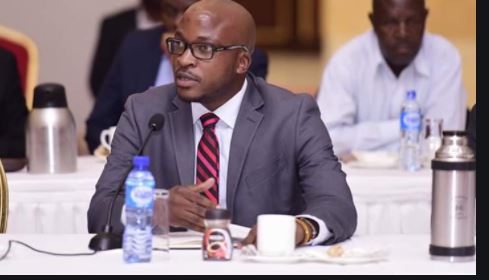 Veteran journalist Daniel Kalinaki, who has been working with the Daily Monitor for several years as a Managing Editor,  is literally on Cloud 9 after he was promoted to senior executive position in the Nation Media Group.

Kalinaki, who was a few days ago appointment as the Nation Media Group Africa Editor and ME TEA, is a Ugandan journalist, editor, trainer and author.

He is currently General Manager in charge of Editorial, while managing regional projects and editorial convergence at the Nation Media Group in Nairobi, Kenya.

He previously edited the Daily Monitor where he maintains a weekly column, and ran the Kampala bureau of The EastAfrican newspaper.

His most recent book, Kizza Besigye and Uganda’s Unfinished Revolution, was published in November 2014.

Kalinaki was born in 1980. For his primary education, he attended Bat Valley Primary School, and Kamuli Boys Boarding Primary and thereafter joined Busoga College Mwiri for his O’Levels.

He did his A’levels from Makerere High School and later enrolled at Makerere University, Uganda’s oldest and largest public university.

He graduated with a Bachelor of Arts in Mass Communication. Later, he obtained a Master of Arts in International Journalism from the City University of London.