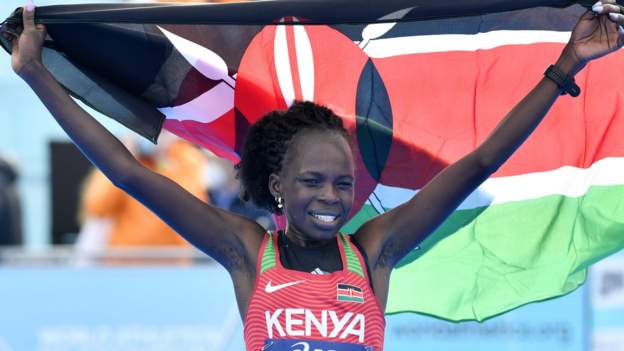 Kenyan Peres Jepchirchir lowered her own women’s-only world record, while Ugandan track star Joshua Cheptegei was beaten at the world half marathon championships in Gdynia, Poland on Saturday.

The current and former overall world-record holders in mixed-gender races — Ethiopian Ababel Yeshaneh and Kenyan Joyciline Jepkosgei — fell together in the 11th mile and finished fifth and sixth. Yeshaneh’s record is 1:04:31.

Cheptegei, who broke the 5000m and 10,000m records on the track this year, took fourth in a men’s race won by 19-year-old countryman Jacob Kiplimo in 58:49. Cheptegei was making his half marathon debut.

The world championships were postponed from March 29 due to the coronavirus pandemic.