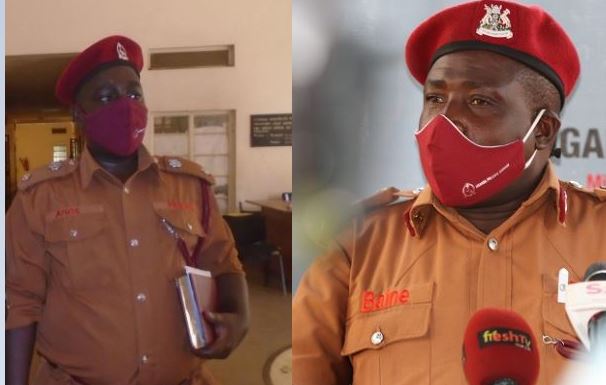 The Commissioner General of Uganda Prisons Services (UPS) Johnson Byabashaija, has unceremoniously suspended the Officer In Charge of Moroto Prisons Norman Aruho, following the escape of over 200 prisoners who escaped last month from Moroto Prison, with 14 guns.

Frank Baine, the Uganda Prisons Spokesperson, said  Aruho was suspended together with his Deputy, Joseph Angwandia until investigations into the prison break are completed by a team set by the Commissioner-General.

“Yes, he is serving suspension until investigations are completed. We have sent a senior officer there who will ensure security,” Baine said when contacted by this website on phone.

He also revealed that Byabashaija has since appointed the OC Soroti Prisons Latif Mayamba to replace Aruho at Moroto prisons and investigations go on.

Trouble for Aruho started after 219 inmates escaped from Moroto prison on September 19th, 2020 with 14 firearms. Nine inmates were shot dead during a seven-day chase. However, none of the firearms has been recovered.

Majority of the inmates are still at large despite the combined efforts by various security agencies to track and re-arrest them.

However, although none of the guns has been recovered yet, Sam Esdotu, the Karamoja Regional Prisons Commander, said that 20 inmates were re-arrested and remanded at the same prison, with two of them having been arrested from Katwe, a Kampala suburb. He said efforts are still ongoing to track down and arrest the remaining escapees.