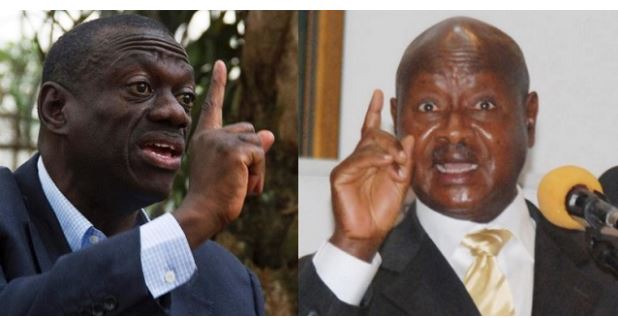 Dr. Besigye and several others started collecting one millions signatures to back up their petition which they later filed, with intent to cause the ICC to investigate the allegations lodged against President Museveni and several government officials in their petition.

“I’m grateful to our legal teams; volunteers who, in spite of great intimidation, collected signatures from all parts of Uganda; and courageous Ugandans who signed to petition ICC to have Mr M7 & others investigated,” Besigye tweeted shortly after the ICC sending him a letter acknowledging receipt of their petition.”

He added that; “@PGovUg continues to get more evidence of any “Crime Against Humanity” committed in Uganda. Anyone with evidence of such a crime should bring it to our offices at No 6 Katonga Rd, Kla or to our Regional or District Commissioners. You can still sign a form to join the petition.”

The letter of acknowledgement of receipt of the petition, which is dated November 11th, 2020, signed  by Mark P. Dillon, the Head of Information and Evidence Unit in the Office of the Prosecutor, states in part thus;

The Office of the Prosecutor of the International Criminal Court acknowledges receipt of your documents/letter.

This communication has been duly entered in the Communications Register of the Office. We will  give consideration to this communication as appropriate, in accordance with the provisions of the Rome Statute of the International Criminal Court.

Please note that this acknowledgement letter does not mean an investigation has been opened  nor  that an  investigation will be opened by the  Office of the Prosecutor.

As soon as a decision is reached, we will inform you, in writing and provide you with the reasons for the decision.”