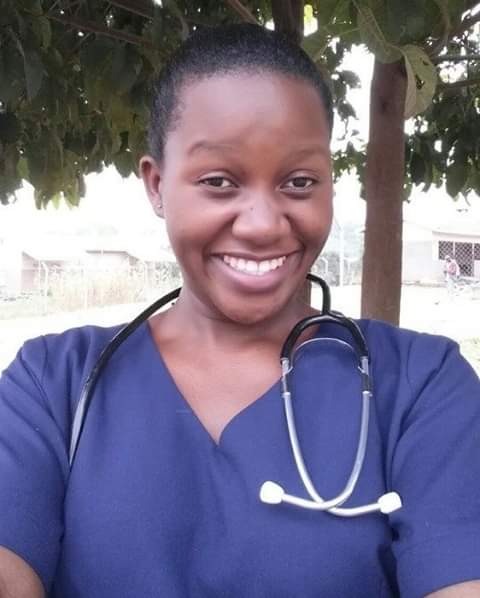 The man who allegedly hacked his wife, a nurse at International Hospital Kampala (IHK) to death and went into hiding, was arrested on Thursday by security operatives attached to the State House Anti-Corruption Unit.

Simon Shimanyi allegedly hacked his late wife, Viola Kakai, in the wee hours of August 2, 2020, at their home in Kitezi, Wakiso district, before he went into hiding. The gruesome act was done in the presence of the couple’s children.

Following the incident, the State House Anti- Corruption Unit launched a manhunt for Shimanyi until yesterday, when he was arrested from his hideout in Isingiro district, South Western Uganda.

On interrogation at Mbarara Police Station, Shimanyi, a primary school teacher at Global Primary School in Isingiro, revealed that for the last three years they had been embroiled in serious misunderstandings with his wife over infidelity.

He said that on many occasions, Kakai, 32, would bring other men to their bedroom whenever he was not around.

“One time a man dropped her home in a double-cabin truck and when I came out to check out the person, she immediately moved out of the car, entered the house and the car drove off,” Shimanyi said.

He added: “One time as I was sleeping in the bed, I saw photos of my wife with another man. When I tried to ask her, she told me they were friends and that they had attended a party together. I threw her out of the house and in the morning, the Local Council leaders intervened in our matters.”

Shimanyi narrated that during a meeting with the LC officials, they agreed that Kakai should go to her other home that had been rented for her by her lover, a one Robert Ssebuufu in Lusanja, but she refused to leave.

“Our matters were presented to FIDA Uganda, but we were referred back to Kasangati Police Station, which also referred us to ActionAid.

While in the meeting at ActionAid, we agreed that she should return my land title which she had taken earlier on and refrain from bringing men to my house,” Shimanyi told the police.

He added that on the fateful night, his wife returned home with another man in the wee hours of the morning, whom he knew very well as a resident of Lusanja and that the two came in a double cabin pick up.

“She knew I was not home, that is why she came with Ssebuufu to sleep in my bed. Honestly speaking, I did not kill my wife. She was killed by Ssebuufu because I saw them fighting in the house.”

Samson Kasasira, the Rwizi Region Police Spokesperson, said Shimanyi will be transferred to Kampala by the State House Anti-Corruption Unit officers where the offense was committed, to answer charges of murder.