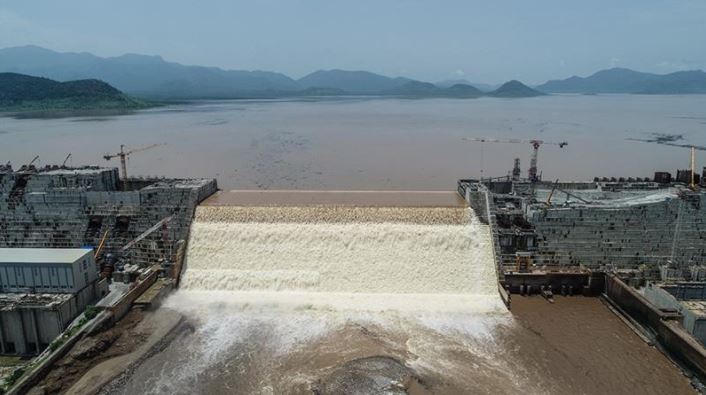 There  new hope for a mutual understanding between Egypt, Sudan and Ethiopia over the dam being constructed on the Nile River.

This comes after the prime ministers of Sudan and Egypt expressed optimism after talks in the Sudanese capital that stalled negotiations with Ethiopia on its construction of a controversial giant dam on the Blue Nile would bear fruits.

The Grand Ethiopian Renaissance Dam, which is being built some 15km (9 miles) from Ethiopia’s border with Sudan, has become a significant source of discord between the three countries.

Downstream Egypt and Sudan view the multibillion-dollar dam as a threat to vital water supplies, while Ethiopia considers its flagship infrastructure project crucial for its electrification and development.

Talks between the three countries were suspended last week after the Ethiopian government insisted on linking them to renegotiating a deal on sharing the waters of the Blue Nile.

On Saturday, Egyptian Prime Minister Mostafa Madbouli made his first official visit to Sudan since the formation of a transitional government in Khartoum last year, following the overthrow of longtime President Omar al-Bashir.

Following his talks with Sudanese Prime Minister Abdalla Hamdok in Khartoum, a joint statement was issued saying that “negotiations are the only way to resolve the problems of the dam”.

The two prime ministers said they were “optimistic regarding the outcome of the negotiations” held under mediation by the African Union (AU), according to the statement.

“It is important to reach an agreement that guarantees the rights and interests of all three nations,” it said, adding that a “mechanism to resolve disputes” should be part of any deal.

South Africa, which holds the presidency of the AU and is mediating negotiations, has urged the three countries to “remain involved” in the talks.

In late June, Ethiopia rejected a United Nations Security Council meeting requested by Egypt, saying the 15-member body should not be involved in the dispute, adding that it should be resolved at a regional level.

Almost a decade of tortuous negotiations have failed to yield an agreement to regulate how Ethiopia will fill the reservoir and operate the hydroelectric dam while protecting Egypt’s scarce water supplies.

The Blue Nile is a tributary of the Nile River, from which Egypt’s 100 million people get about 90 percent of their fresh water.

Last month, Ethiopian Prime Minister Abiy Ahmed said his country had already achieved its first-year target for filling the reservoir, thanks to a heavy rainy season.

Madbouli was accompanied to Khartoum by a delegation including Egypt’s ministers of water and irrigation, electricity, health, and trade and industry.