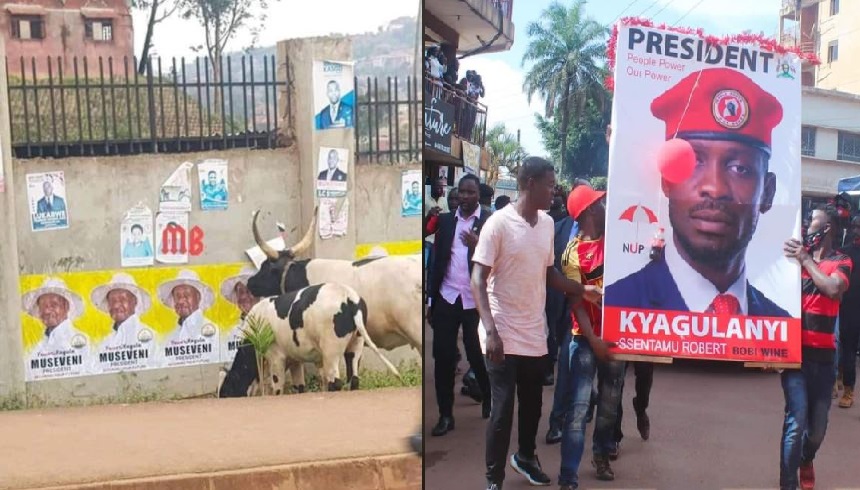 The government, through the Kampala Capital City Authority (KCCA)  and the Minister of State for Kampala Capital City and  Metropolitan Affairs  Benny Namugwanya, have issued stringent  regulations governing the placing of campaign posters in several spots in Kampala ahead of the 2021 elections.

According to a statement issued by Minister Namugwanya on Friday, all culprits arrested for violating the regulations put in place will suffer a penalty of either being arrested, jailed and or being fined Shs11 million  or both.

Minister Namugwanya notes in her statement that they have noted with concern the continued haphazard placement and display of advertisements in form of fliers, posters, placards and billboards in areas that are not authorised for such purposes as well as uncontrolled noise in the city.

She states that these have been placed in road junctions, roundabouts, road islands, pavements, on street poles, trees, perimeter walls and many other non-gazetted locations within the city.

“As a result these tools have visually constrained both motorists and pedestrians from easily navigating through the city, led to accidents, blockage of walk ways, increased littering that has also led to blockage of drainages, noise emission and pollution, obstruction of security installations like street cameras, covering streets address and directional signage to mention but a few,” the statement reads in part.

She says that the acts contravene section 97(4) of the National Environmental Management Authority (NEMA) ACT 2019 which provided for prohibition of littering.

According to the ACT 97 (9), any person found culpable of such commits an offence and is liable on conviction to a fine not exceeding 550 currency points which is an equivalent of Shs11m.

She also quotes the Physical Planning ACT 2010 which requires that one seeks permission from the relevant authority to display an advert or erect a billboard.

However, should one be found culpable of doing such without due permission, they will be fined Shs960,000.

According to the statement, all campaign drives with sound producing Public Address Systems are required to obtain clearance from KCCA and “must follow the prescribed routes”.

“The ministry of Kampala Capital City and Metropolitan Affairs is aware that as we prepare for the 2021 general elections, participants and their supporters ought to use the various tools mentioned above to popularize their candidate and candidature, but this has to be done in a regularised manner with authorization from KCCA,” the statement continues.

She says those found culpable will be decisively dealt with.

It should be noted that last week, Police said they shall continue pulling down campaign posters of candidates in the city that are placed in the wrong places. They have since pulled down several posters and banners, especially those opposition candidates.