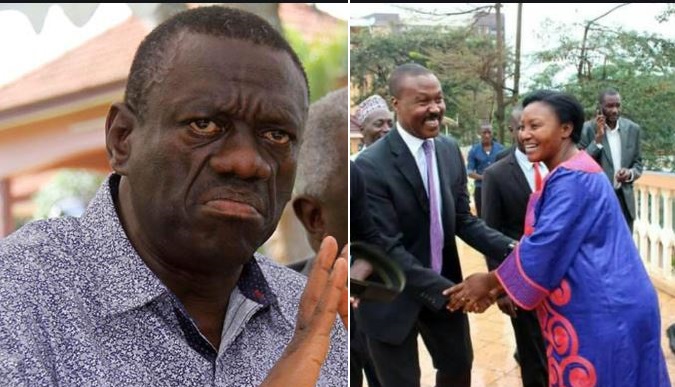 The most recent defector is Kasese District Woman MP Winnie Kiiza, who announced that she quit elective politics fifteen years after she entered the House.

However, although Kiiza claims to have quit elective politics, credible sources reveal that she has since crossed over to former FDC president Muntu’s ANT.

Kiiza, who is a former Leader of Opposition, said she ‘will remain active with the forces of change’ but will not offer herself for political positions in the 2021 general elections.

“I have talked and talked against overstaying in power, I will not be different if I sought office this time. I know the people of Kasese loved me and wanted me to continue being their Member of Parliament. It’s a job I loved doing because I knew I had the backing of my people had their support. I want to thank you for the support you’ve given me,” Kiiza said Tuesday, raising a lot of eyebrows among several Ugandans.

“As leaders we need to democratically demonstrate peaceful retirement and give room for others to also lead the country since it’s what the FDC party believes in,” she added.

Thereafter, Kiiza, who is expected to be officially welcomed into ANT and denounce FDC links very soon, thanked religious leaders, Dr. Col. Kizza Besigye, Gen. Mugisha Muntu and other politicians who she said exposed her to the highest level of leadership in the country as the leader of opposition in parliament.

While commenting about her move, Mugisha Muntu said Kiiza represents the very best of political leadership.

Muntu tweeted that; “She has served not just her constituents but all Ugandans with dedication and integrity. Over and over again, I have seen her put country before self in both word and deed. As Leader of Opposition, Hon. Kiiza presided over one of the most inclusive and competent shadow governments we have had. Appointing her to that position was one of my best and easiest decisions.”

Kiiza served as the Leader of Opposition in Parliament from May 2016 until August 2018 when she was replaced by Betty Aol Ochan.

As you read this, the battle for the Kasese Woman MP seat come 2021 is already raging on.

Some of those battling for the National Resistance Movement (NRM) flag include; Sarah Itungu Masereka-Baleke, who is the CEO of Sisters Love Events Décor (Sled).

Meanwhile, in the opposition camp, FDC has four candidates who include; Ruth Kabugho, the current FDC Secretary for Social Services at the district and also a lady councilor representing Bulemba and Central division in Kasese district council. Others are; Florence Kabugho, Annet Masika and Agnes Kyakimwa, although People Power and Democratic Party (DP) have since vowed to front candidates too.

However, Kiiza is not the first MP to quit Besigye’s FDC party. It should be noted that a few days ago, two MPs, to wit Gerald Karuhanga of Ntungamo Municipality and  Paul Mwiru of Jinja Municipality Also quit FDC to join Muntu’s ANT, which brings the total number of defectors to three currently.

It should be recalled that in his letter dated October 1, 2018, FDC secretary general Nathan Nandala Mafabi gave all party leaders a 14-day ultimatum to indicate in writing where their allegiances lay, saying failure to respond would be considered to be a renunciation of one’s membership.