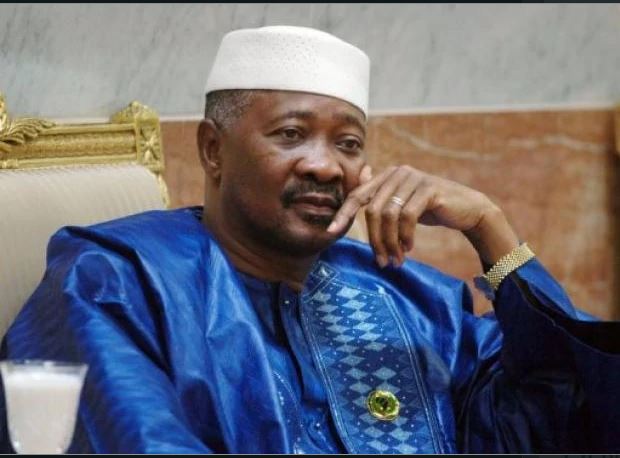 It is grief and sadness in Mali following the unfortunate demise of their former president Amadou Toumani Toure, who passed away on Monday night at a hospital in Turkey, where he was living in exile.

Toure, who led the Sahel nation for a decade before being ousted in a coup,  died at age 72, a family member and a doctor said on Tuesday, although they didn’t give details.

“Amadou Toumani Toure died during the night of Monday to Tuesday in Turkey,” where he had been taken for health reasons, his nephew Oumar Toure told AFP.

A hospital doctor in Bamako said the former leader had recently undergone heart surgery, although it is not clear whether he died of heart complications.

Although “everything seemed to be going well”, the doctor said he was later transferred to Turkey for medical reasons.

Toure, a former soldier, first took charge of the country for a year in 1991, helping to overthrow the previous regime and install democracy.

He won presidential elections in 2002 and 2007 but was overthrown in 2012 by mutinous soldiers who accused him of failing to support their battle against both Tuareg rebels and jihadist insurgents.

Mali has suffered from chronic instability and repeated coups, the latest coming earlier this year.

Touré was head of President Moussa Traoré’s personal guard (and parachute regiment) when a popular revolution overthrew the regime in March 1991 and Colonel Touré arrested the President and led the revolution.

Ten years later, after retiring from the army, he entered politics as a civilian and won the 2002 presidential election with a broad coalition of support. He was easily re-elected in 2007 to a second and final term.

On 22 March 2012, shortly before his scheduled departure from office, disgruntled soldiers initiated a coup d’état that forced him into hiding.

As part of the agreement to restore constitutional order to Mali, Touré resigned from the presidency on 8 April, and eleven days later he went into exile.