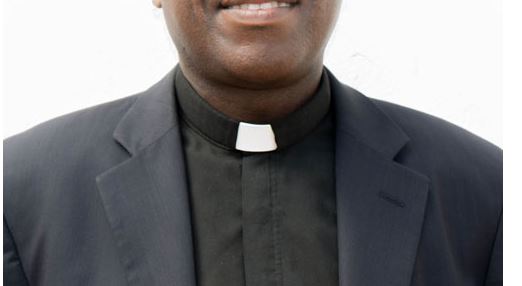 The police in Luwero District have arrested a reverend of the Church of Uganda over allegations of murdering his wife and setting the body ablaze, after he accused her of allegedly cheating on him with another man.

The Reverend, only identified as Ssekibaala, a resident of Kavule village, a cleric at St. Mark’s Church, Luwero Town council, was arrested by police after he killed his wife identified as Deborah Sekibaala,  who was a head teacher at Kikamulo Church of Uganda Primary in Nakaseke District, and later set her body ablaze, following a heated fight that ensued between them on the night of Sunday November 8th, 2020.

According to neighbours, Ssekibaala and his mother of four children had been married to several years and had four children together, although along the way they developed misunderstandings that saw them separate  beds, despite having been living under one roof.

One of the neighbours identified as Maureen Jane Nambalirwa, said that the Reverend, at around 1:00Am on Monday knocked at their door claiming his wife had been killed by a bomb at their home and was seeking help.

Nambalirwa said that; “When I looked through the window, I saw the reverend walking away possibly because we did not immediately respond to his urgent call for help. We later opened the door and residents converged at the reverend’s home.”

She added that; “Later we realise Deborah had died although we failed to come to terms with Reverend’s explanations about death, because the deceased had some bodily burns and Ssekibaala had injuries in the face.”

She revealed that they later contacted area  Local Council Chairperson Wilson Mukiibi, who got in touch with the police that arrested Ssekibaala as he tried to flee into hiding.

Commenting about the incident, the Luweero District Police Commander Abraham Tukundane confirmed the reverend’s arrest and revealed that he will be arraigned in court to  face murder charges as soon investigations are completed.

“We are still gathering more evidence through interviews. The body is at Luweero hospital mortuary,”  a source at Luweri police told our reporter.

Residents claim that while the deceased was a devoted member of the Mothers’ Union fellowship at St Mark Cathedral in Luweero Town Council.

They also said that the suspect had reportedly opened up a bar where he sold alcohol just next to his house, where he suspected men who were luring his wife would often come.