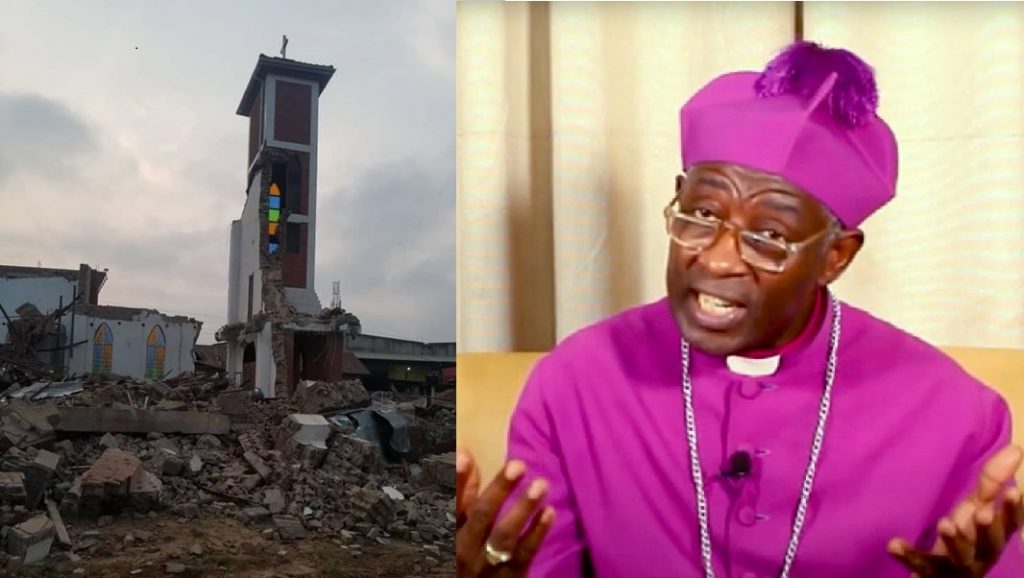 The Archbishop of the Church of Uganda The Most Rev Dr. Stephen Samuel Kaziimba has condemned the demolition of St. Peter’s Church in Ndeeba which was  carried out on Monday morning, describing  the act as evil and barbaric.

Archbishop Kazimba  revealed this is a statement he issued on Tuesday morning about the demolition, which states thus;

“The Most Rev Dr. Stephen Samuel Kaziimba, Archbishop of the Church of Uganda, has released the following statement concerning the sinister demolition of St. Peter’s Church, Ndeeba:

“On behalf of the House of Bishops and all Christians of the Church of Uganda, we express our sincere condolences to the Bishop and people of Namirembe Diocese, and especially those of St. Peter’s Church, Ndeeba, on last night’s destruction of their treasured building and House of Worship. We are grateful that our grandmother, who donated the land for the church, is not alive to see the destruction that has been done to the sacred place she gave as a gift to God.

“This barbaric act of destruction is evil. If an action can’t be done in broad daylight, then there is something deeply wrong; we have lost respect for God. This destruction of the House of God took place in the darkness of night during a curfew; and, the security forces, who are supposed to uphold the law and guard against destroyers, were allegedly complicit in the destruction of a House of God. Squatters have rights after being on land for 12 years, and yet St. Peter’s Church has been on that land for 40 years. We call for a serious and impartial inquiry into this matter.

“During lockdown, the Gospel of Jesus Christ has not been locked down.  Likewise, the destruction of St. Peter’s Church, Ndeeba, will not deter the Church from preaching the Gospel. Jesus promised us that the “gates of hell will not prevail against the Church of Jesus Christ.” (Matthew 16.18)

“We stand in solidarity with the Bishop, Namirembe Diocese, and especially the Christians of St. Peter’s Church. Especially during this time of a global pandemic, the church is needed now more than ever. We assure you of our prayers for a peaceful and just resolution to this tragic situation.”