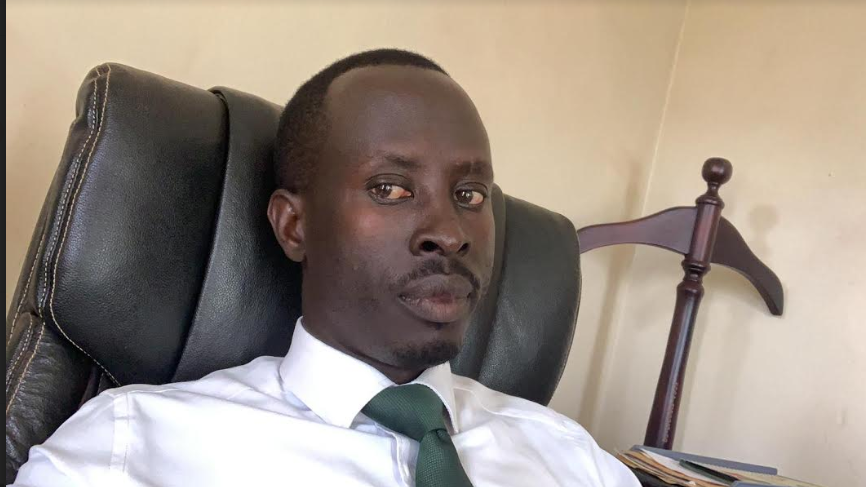 Police in Nabisaalu zone, Makindye Division, Kampala, has arrested His Worship Bosco Lusagala, the Makindye Division Deputy Mayor and a People Power top coordinator, over distribution of essential goods to his hungry electorates.

We have talked to His Worship Mayor Haji Ali Kasirye Nganda Mulyannyama over the matter, who confirmed the arrest.

Hon. Lusagala, a renowned Democratic Party (DP) youth leader, was in the company of Jackline Nakajubi and Tony Muhumuza, both coordinators of opposition People Power movement when he was allegedly caught red-handed by Police giving handouts that included sugar, posho, beans  and soap to residents of Nabisaalu Zone,.

The police said this act is in contravention of the presidential directive barring politicians to distribute food to groups of people since through such acts Coronavirus can easily spread.

It should be noted that President Yoweri Museveni directed police to arrest  all politicians found distributing food during the COVID-19 lockdown and charge  them with attempted murder!

Since then a number of People Power leaders, including Mityana Municipality legislator Francis Zaake  have been arrested.

Another one, Hon. Francis Mugagga, the Iganga district People Power leader, was on Thursday released on Court bail after he was arrested distributing food to hundreds of hungry people.

There are several other People Power leaders currently languishing in Kitalaya prison where they were remanded to after being arrested distributing food to hungry Ugandans.

Hon. Lusagala’s relatives have expressed great concern for his life since by press time they had not accessed him.

“After reading Hon. Zaake’s story in the media about how he was tortured in detention and seeing his shocking photos, we are worried that Hon. Lusagala might be going through the same situation,” said a family member who preferred anonymity.

Just like it was in Iganga when Mugagga was arrested, in Makindye, residents have since applauded Lusagala’s generosity in this dire situation by coming up to assist the vulnerable people in the area and standing up with them.

The police has however continued to caution politicians and the community at large against violation of presidential directives, warning that anyone caught, will be arrested and prosecuted.