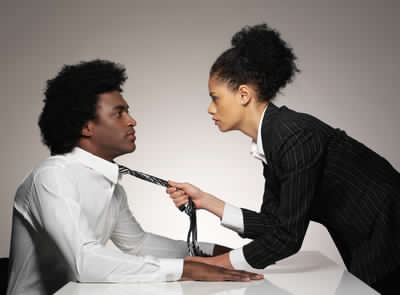 Most men are cheats. But women make even better cheats. Catching a man cheating is as easy as ABC. Men are careless and will leave evidence lying at every corner…a condom in his laptop bag, lipstick on his shirt and red stilettoes at the back of his car.

However, this is not the case with women. Hunting down a cheating woman requires National Intelligence Service, if she’s not intending to be caught, that is.

1. Sweetie, that’s my cousin.
If your woman is always spending nights at her cousin’s house in Kira or Najjera, etc with unknown friends, then it’s time you started questioning. Francis Kamuganga, a real estate agent, says women secretly rent other apartments where they take younger men.

2. hey honey, tonight am not in the mood, I have a headache,”

3. Going for ‘chamas’ more often – This trick has become too common and risky. They have now upgraded to flying out with their chamas or fictitious ‘work-related’ assignments. Anthony  recently signed divorce papers but had “never suspected until a friend called me to inform me that he had seen my 54-year-old wife with boy young enough to be my son.

If your wife has a car but still insists on using the same taxi guy, normally named Mike, Dennis or Tony, then it’s time to check that out.
Elias, a journalist, suspected there was something going on between his wife and the taxi man, but had no tangible evidence until recently.

“There is a time I confronted him but he rushed to the police and I was arrested. I always had a feeling that he was more than just a taxi driver. I went on with my investigations and followed them one evening. They ended up in a cheap lodging in Kamokya,” Elias who has since separated with his wife recalled.

5. Having bedroom in the office