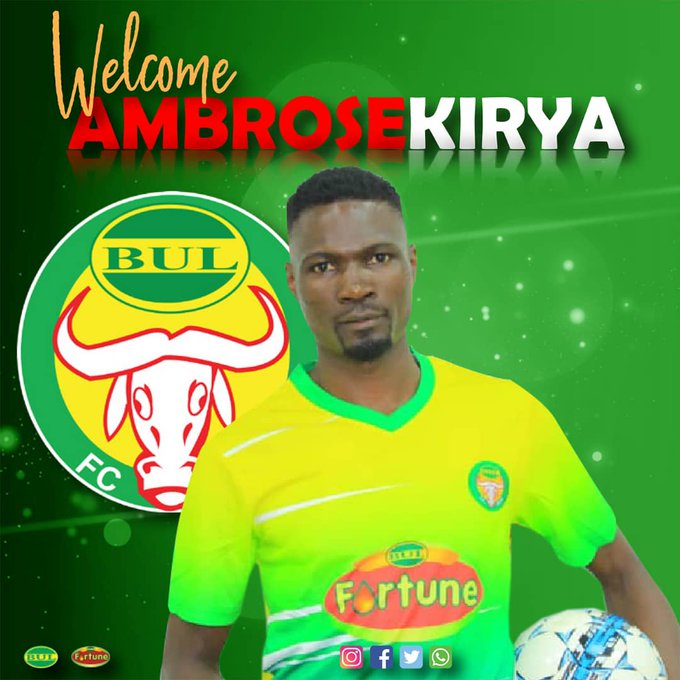 BUL FC have confirmed the signing of midfielder Ambrose Kirya ahead of the new Ugandan Premier League (UPL) season.

“Confirmed and seal,” BUL confirmed on their social media pages. “BUL FC are delighted to announce the signing of Ambrose Kirya from SC Villa on a one-year working contract.

“Welcome home, the home of football.”

Kirya becomes the seventh signing for BUL who have also signed Ibrahim Mugulusi and Ibrahim Madoi. Mugulusi was signed from Busoga United while Madoi was acquired from Wakiso Giants and both players agreed to sign two-year deals.

Kyesimira replaced Peter Onen as the head coach midway through the season and managed to win two of the six matches he was in charge.

Mugulusi is hopeful the Jinja-based side can enjoy good results, more than the previous seasons if they work together.

In a recent interview, coach Kyesimira revealed he was confident BUL can push for the UPL title against top teams like KCCA FC and Vipers SC.

“The British say, don’t blow your own trumpet, but the Americans add that if you believe enough, please do,” Kyesimira said as was quoted.

“So, I believe that the clubs who have been on top like Vipers and KCCA are strong teams but we can push them.

“Yes, there is a difference between a good team and a great team. Great teams are successful for a long time. We are a good team, but I am sure after some years we shall be described as a great team.

“We cannot get the next season underway without having that goal. Of course, different teams have different agendas at the start of the season, but we cannot be proud of fighting for survival as a club.”

The Jinja club has already signed seven players but the coach revealed the coronavirus pandemic affected their scouting mission.

“The challenge now is that with the coronavirus pandemic is in play, a lot has changed and we cannot get many of the options we want,” he added.

“We also don’t know when we can return and with the licensing process going on, it means we have to move as fast to get a lot of stuff on board and that makes the whole situation tricky.”

Kenneth Kibaale Elvis, Douglas Bithum, Paul Mbaziira, and Peter Onzima are the other new stars who are expected to help BUL mount a meaningful campaign in the 2020/21 season.