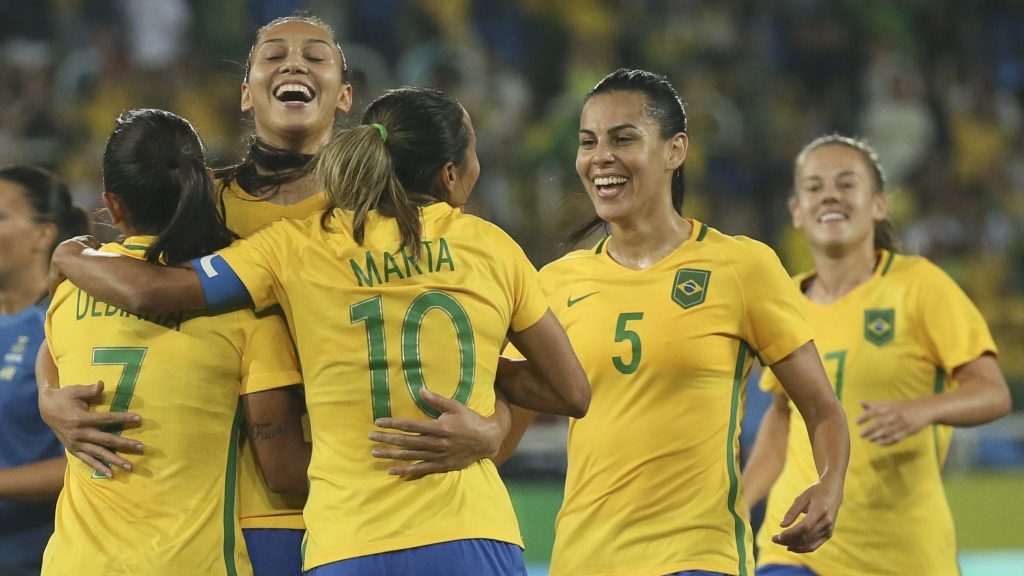 Brazil have announced they will be paying their male and female national teams equally going forward.

‘Seleçao’ join the likes of Australia, Norway, New Zealand and Finland in taking a huge step towards equality.

It means female stars such as Marta and Cristiane will be paid the same amount as Neymar and Roberto Firmino.

CFB president Rogerio Caboclo explained: “The CBF has equalled the prize money and allowances between men’s and women’s football, which means the women players will earn the same as the men.”

The initiative will be rolled out for next year’s Olympic as well as future World Cup tournaments.

Caboclo continued: “It will be proportionally the same as what FIFA proposes for women, that is to say, there will be no more gender difference in remuneration between men and women.”

Marta has passionately fought for equality in football throughout her career and she delivered a passionate message at last year’s Women’s World Cup.

“This is what I ask of all Brazilian girls,” the six-time World Player of the Year begun.

“The future of women’s football is depending on you to survive. It’s wanting it more. It’s taking care of yourself more. It’s training more. It’s being ready to play 90 minutes and able to play 30 minutes more.”

Co-captain Alex Morgan and her players launched a lawsuit against United States Soccer Federation in March 2019 over an equal pay dispute with their male national team counterparts.

And the complaint had the female players seeking over a whopping $66 million in damages under the Equal Pay Act and Title VII of the Civil Rights Act of 1964.

US District Judge R Gary Klausner threw out the women’s national team’s case for the Equal Pay Act allegations back in May.

But Klausner allowed the players’ allegations of discriminatory working conditions against USSF to head to trial.

“The history of negotiations between the parties demonstrates that the WNT rejected an offer to be paid under the same pay-to-play structure as the MNT, and the WNT was willing to forgo higher bonuses for benefits, such as greater base compensation and the guarantee of a higher number of contracted players,” the 78-year-old District Judge wrote.

“Accordingly, plaintiffs cannot now retroactively deem their CBA worse than the MNT CBA by reference to what they would have made had they been paid under the MNT’s pay-to-play terms structure when they themselves rejected such a structure.”