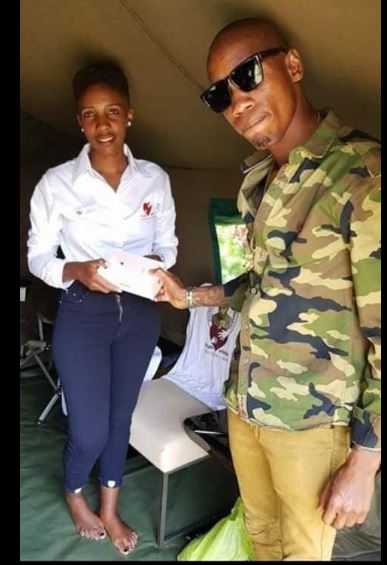 New secrets unearthed by  this Website indicate that  Stella Nadawula, the girl who accuses socialite Brian Kirumira aka Bryan White of allegedly sexually abusing and torturing her, was once a Side-dish for an a senior official of FUFA.

However, information from Moles is that before Bryan White hooked or ‘bought’ Nandawula, she was deeply involved with the said top FUFA boss.

According to reports, by the time Bryan White hired Nandawula as the Secretary Bryan White Foundation (BWF), she was enjoying passionate rendezvous with a top official at FUFA and it is him that he reportedly paid millions of Shillings such that he could take possession of her as his personal property, from which emanated the abuse she has been suffering since her purchase.

We have also learnt that the FUFA official hails from Eastern Uganda and is married to another babe, a socialite.

We are told that before Bryan White came into the picture, Nandawula and the FUFA official had been  in touch for a long time and often met to catch up at top city night spot, until he officially handed her over to Bryan White.

When Bryan White and Nandawula had first become an item, he attempted to keep their romping affair a top secret by parading her as his personal secretary, whom he always fronted during the public gatherings at which he donated goodies and some money to ghetto youth.

It should be noted that she was appointed BWF secretary by the foundation CEO after having joined as an usher at their events.

Later, she however became so indulged into Bryan White’s personal life that whenever he was travelling abroad for holiday or retreat Nandawula would be his companion.

However, Nandawula is not the only girl who has accused Bryan White of sexual abuse and torture; watch this space for more of his shocking accusation from other girls!