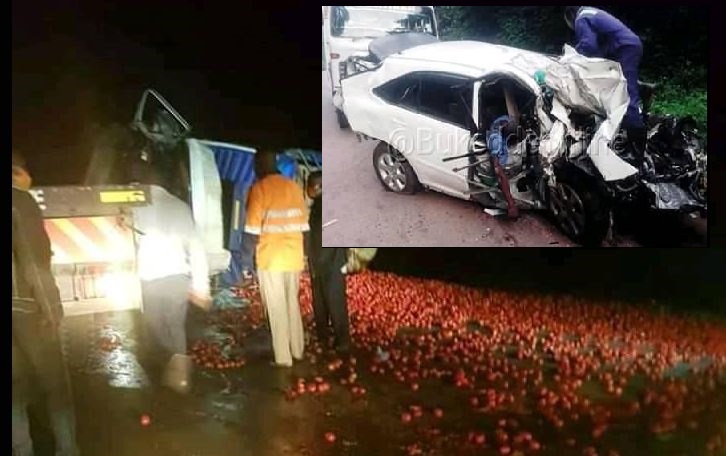 The nation has woken to grief on Tuesday morning after  three people perished and several others sustained injuries after getting involved in an accident that occurred in Mabira Forest, along the Kampala-Jinja Highway.

According to eyewitnesses, the three died on spot at Kinoni, in Mabira Forest, after a truck loaded with tomatoes collided head-on  with a Toyota Harrier vehicle.

By the time of filing this story the traffic police had been called to the scene to retrieve the body, who included the driver of the Toyota Harrier and his two passengers, although details about them were still scanty.

Watch this space for details about this tragedy!