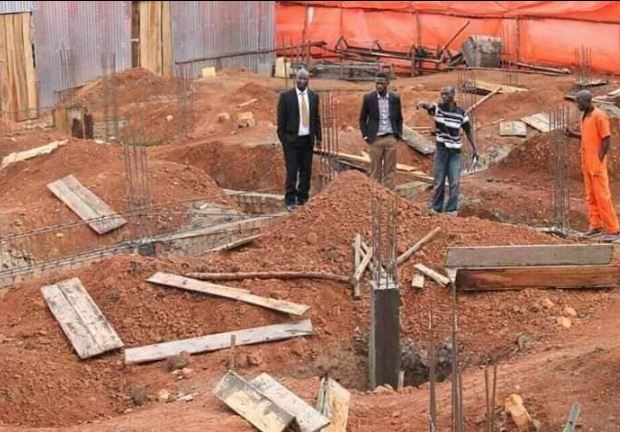 The Kyadondo East Member of Parliament Robert Kyagulanyi aka Bobi Wine is reportedly constructing a mega hospital that  has been dubbed as the ‘New Mulago’, which is worth billions of shillings.

The medical facility, which will have several storeys, is currently being constructed in his constituency Kyadondo East, and expected to be operational   by the end of 2021.

We have since established that since he no longer has  a very pressing political schedule because of the COVID-19 lockdown, Bobi Wine spends most of his time inspecting the progress of construction works at the site, to ensure that builders don’t steal cement.

According to sources privy to  the proposed plan for the facility, Bobi Wine’s  Hospital is slated to be constricted and equipped with modern medical equipment   and several wards, which will put it at the level of a referral hospital.

However, Bobi Wine is still keeping the  project a top secret and hasn’t issued a statement about the same yet.

But what is raising eyebrows among many Ugandans, especially People Power supporters and people in government who wonder where he is getting the billions to construct the hospital from, since all his music concerts were blocked by the police  and he was banned from performing anywhere in Uganda.