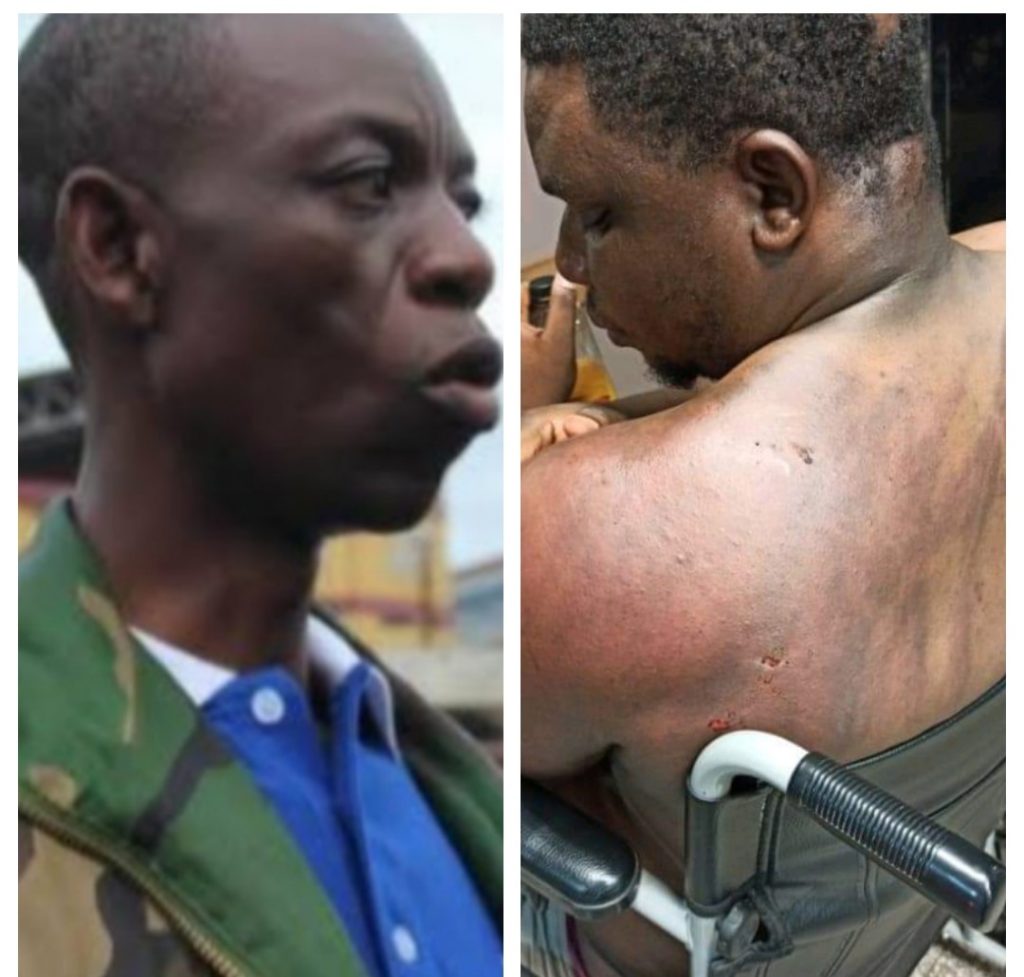 Robert Kyagulanyi aka Bobi Wine, who is the Kyadondo East Member of Parliament and People Power movement leader, has blamed Erick Sakwa, the Jinja Resident District Commissioner (RDC) of allegedly being behind the arrest and torture of pastor Andre Muwanguzi, a renowned People Power sympathiser in Eastern Uganda.

Muwanguzi was picked by security officers from his home and driven to Nalufenya Police Station, where he was brutally tortured and later given bond on Sunday morning, such that he could be taken to hospital for quick medical attention.

Pr. Muwanguzi, who is currently nursing torture wounds at Nile International  in Jinja town, told medics that he was bested severely, tortured and physically abused from the time of his arrest till he fainted, only to find himself in hospital hours later after regaining consciousness.

According to documents seen by this Website, Muwanguzi was charged with abusing the Person of the President, vide file number CRB 29/2020, of Nalufenya Police.

The RDC apparently was saying that President Museveni has powers which cannot be challenged by anyone, which Pastor Muwanguzi challenged.

An argument ensued and the RDC assaulted Muwanguzi from the studio and threatened to shoot him with a pistol which he had, before other people in the studio intervened.
When night fell, the RDC, working with some UPDF soldiers as well as some goons from Jinja town went and abducted Pastor Muwanguzi’s Bishop called Robert Sityo.

They put him on gunpoint and asked him to call Muwanguzi and tell him that he was coming to meet him over an urgent matter at home. Afraid for his life, the Bishop took the assailants who included the RDC to Muwanguzi’s home. They were driving a Super Custom vehicle.

When they got to his gate at about 10:30pm, Pastor Muwanguzi opened it thinking he was going to meet his Bishop. You can imagine the criminality! They immediately started beating him without asking questions.

They bundled him into the vehicle and tortured him for hours. According to him, one of the goons had a knife which he used to inflict some cuts on his body. They blindfolded him and started driving him in circles while beating him and demanding that he apologises to President Museveni for opposing him!

He was later dropped at Nalufenya police in the dead of the night where the beatings continued. In the meantime, his mother who witnessed the ordeal became unconscious and was driven off to hospital. Thankfully she has since regained consciousness but she is still very traumatised, as is the Bishop!

Later today, Pastor Muwanguzi was charged with a non-existent offence of “abusing the person of the President.” You can imagine! Upon being released on bond, he was taken to hospital where medical reports confirmed he sustained serious injuries!

Now, Mr. Sakwa and his ilk need to understand that the people of Uganda are watching these atrocities committed on citizens. It is this same RDC who a few days ago ‘banned’ opposition leaders from stepping foot in Jinja.

President Museveni thinks he can silence the people of Uganda using such archaic force, but as sure as day follows night, he will certainly reap his due reward for these crimes against humanity.

Let’s keep keeping on. Victory is in sight. Comrade Muwanguzi, a quick recovery to you.”