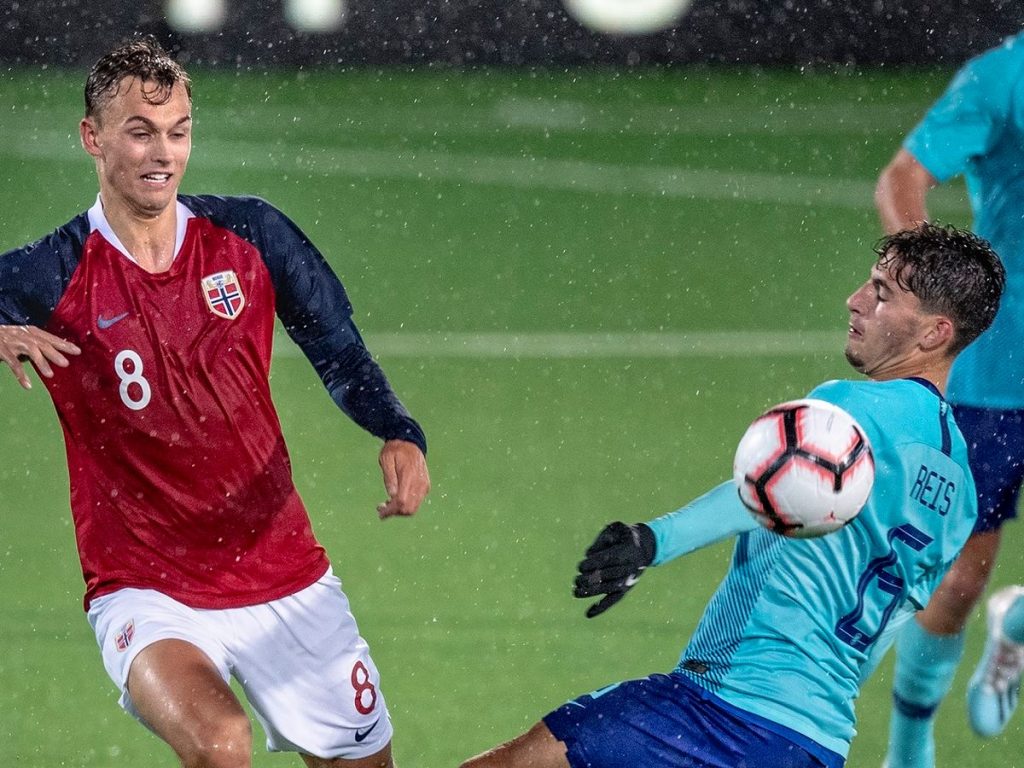 Back in January this year, a report from the Yorkshire Evening Post claimed that Leeds United had been keeping a close eye on Norwegian prospect Emil Bohinen. Brighton and Hove Albion were also understood to be interested in bringing Bohinen to England but nothing came of those rumours.

The 21-year-old midfielder rose through the youth ranks of Stabaek and made his senior breakthrough in the Norwegian top-flight during the 2017 season. Having made only a handful of league appearances in his first two seasons at the club, Bohinen really came to the fore in 2019.

Bohinen contributed with 4 goals and 5 assists in 29 appearances to guide Stabaek to an impressive 8th-place finish in the 2019 Eliteserien. The Norwegian also played a key role for the club last term, bagging 5 goals and 2 assists in 24 appearances as Stabaek finished 8th in the standings for the second successive season.

Those numbers clearly underline as to why he is held in such high regard in his homeland. Bohinen has progressed by leaps and bounds over the past couple of seasons and forms a part of Norway’s conveyor belt of talents in the same age-group as the likes of Erling Braut Haaland, Martin Odegaard, Kristoffer Ajer, Jens Petter Hauge and Sander Berge.

Meanwhile, Leeds United have endured a rather inconsistent start to life in the top-flight this season. The Whites started off with a bang, earning plaudits for their risk-reward brand of football under Marcelo Bielsa, but have somewhat faded away in recent weeks.

The recent 6-2 hammering at the hands of Man United comes as a timely reminder that Leeds need to add more quality to their ranks if they are to go toe-to-toe with the elite clubs in the Premier League once again.

Central midfield is one area where Leeds can certainly do with more depth. The likes of Mateusz Klich and Rodrigo Moreno have done a good job in No.8 and No.10 roles respectively, with Kalvin Phillips pretty much an undisputed starter in the deep-lying No.6 position. However, a lack of quality alternatives has often come back to haunt the Whites in the top-flight and it is a problem than necessitates immediate addressing.

Putting things into context, Leeds United making a renewed attempt to sign Emil Bohinen next month would make a lot of sense. Bohinen primarily operates as a central midfielder but has also been utilised in a wide role on the right owing to his left-footed nature. With Bielsa’s liking for versatility well-documented from the transformation of Dallas and Alioski, a potential deal for Bohinen could well solve a lot of pressing concerns at Elland Road.

Suffice to say, Emil Bohinen would offer Bielsa a better alternative as compared to the likes of Pascal Struijk and Jamie Shackleton in the middle of the park. The 21-year-old is hardly a finished article just yet but playing under a charismatic manager like Bielsa should help him take his game to the next level. With his best years still ahead of him, Leeds United shouldn’t hesitate to take a punt on the Norwegian prodigy next month.