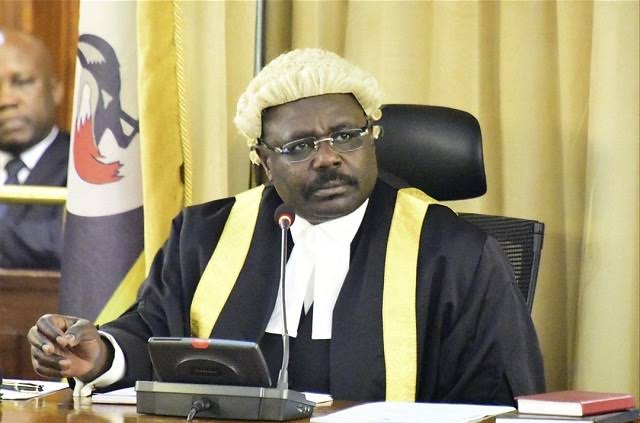 Speaker of Parliament Jacob Oulanyah is on his way to London, United Kingdom from where he is expected to get a comprehensive Covid-19 treatment.

Insiders say Oulanyah was in self isolation at home for over one week but given his worsening condition, he was flown out of the country on Tuesday through Nairobi.

Sources say Oulanyah may have caught Covid-19 through his close staff.

Over 15 Members of Parliament and over 100 parliament staff have tested positive for Covid-19 in the recent weeks.

However, parliament dismissed reports that Oulanyah, is seriously ill and plans are under way to fly him out of the country for treatment.

Sections of the media had reported that the country’s number three was critically ill.

However Chris’s Obore confirmed that Oulanyah flew out of the country but dismissed reports that he was ill at the time of departure.

“I have just talked to him. He said his son in the UK was uneasy over media reports that he is very sick.  The media reports were claiming that he is bedridden and that unsettled the son even when they could speak on phone,” Obore told Daily Monitor yesterday.

He added that the Speaker informed him that he decided to fly out of the country to meet his son, because it is difficult for the latter to come here given the Covid-19 situation.  “He made a decision with his daughter and left,” Obore said.

But Obore said Oulanyah is free from Covid-19.  “I personally have his last negative result but I cannot share with you because it’s confidential,” he said.

The public started asking about Oulanyah’s whereabouts after he chaired the House sessions only three times ever since his swearing-in and left his Deputy Anita Among to take over.

He first presided over the voting of Among at Kololo, then at the State of Nation Address on June 4 and the Budget reading. Since then, he has not been seen in Parliament.