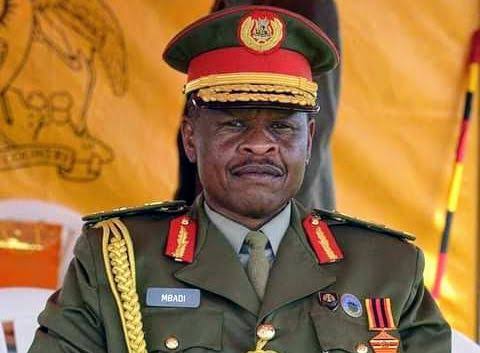 According to the latest appointments by Gen Museveni, Lt Gen Wilson Mbasu Mbadi takes charge now as the new Chief of Defence Forces also promoted to the rank of General.

From May 2013 until January 2017, he served as the Joint Chief of Staff of the UPDF, where he was replaced by Major General Joseph Musanyufu.

Since 9 January 2017, he has served as the commander of land forces, which is the fourth-highest position in the UPDF hierarchy.

From June 2013 until January 2017, he was the commander of the UPDF 2nd division, based in Mbarara, the largest town in Uganda’s Western Region.

The changes by the commander in chief have also seen Brig. Peter Chandia appointed the new Special Forces Commander, Maj Gen Sam Kavuma appointed as the deputy coordinator of the Operation Wealth Creation whereas Maj Gen Sam Okiding is the new Deputy Commander of Land Forces.

The commander in chief Gen.Yoweri Museveni, has made these new appointments and posting with immediate effect.