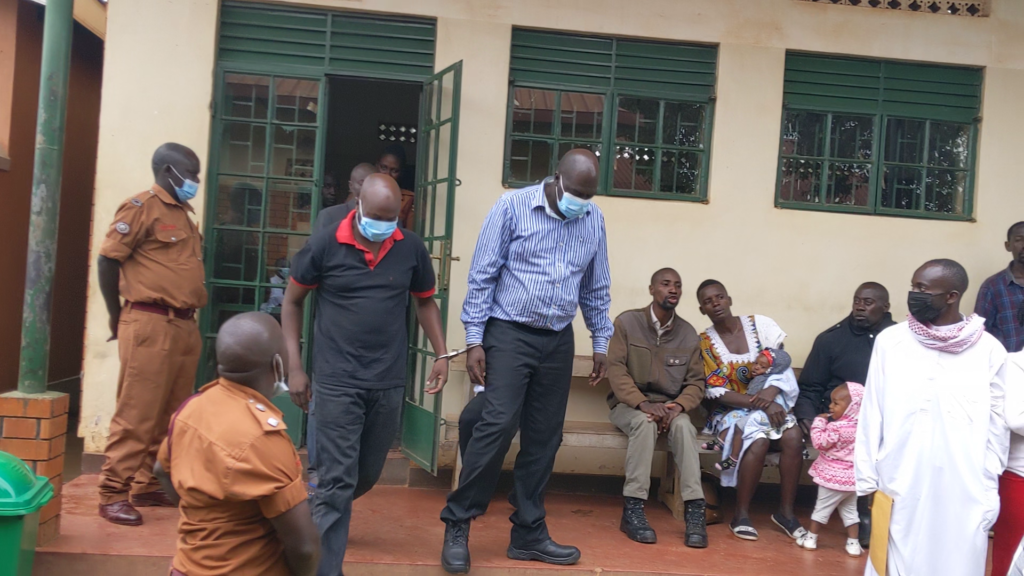 Major Vincent Byaruhanga attached to the engineering brigade at Lugazi and his colleague Musisi Ssozi appeared before Mukono Magistrate’s Court on charges of land grabbing that resulted in the death of one person amidst a land dispute.

Earlier this month, youths were fighting over a plot of land at Kisowera village in Nama subcounty in Mukono district, and it is said that one group Major Byaruhanga was behind it and eventually one person was beaten to death who was Masinga Innocent

The relatives of the late Masinga Innocent, led by his mother Nalongo Naume Nakayiza, rushed to the court holding placards demanding a fair trial.

These said they are still being sought by various people and are still threatened with eviction from their land 13 acres.

Naume Nakayiza, the mother of the deceased, said her son was everything in her life and she was shocked by the brutal murder, she stressed that the deceased left her a two year boy and a pregnant woman and she is unable to cater or them.

Inside the court, which was packed with relatives of the deceased, Judge Maurine Mukoya, told the accused that the judge who was supposed to hear their case was not present and remanded them at Kawuga government prison until 8th December 2022.

The situation of mobilizing butchers and UPDF soldiers on the ground in Mukono is the order of the in Mukono and security officials in Mukono repeatedly warn the perpetrators but no action taken them leaving people in fear.