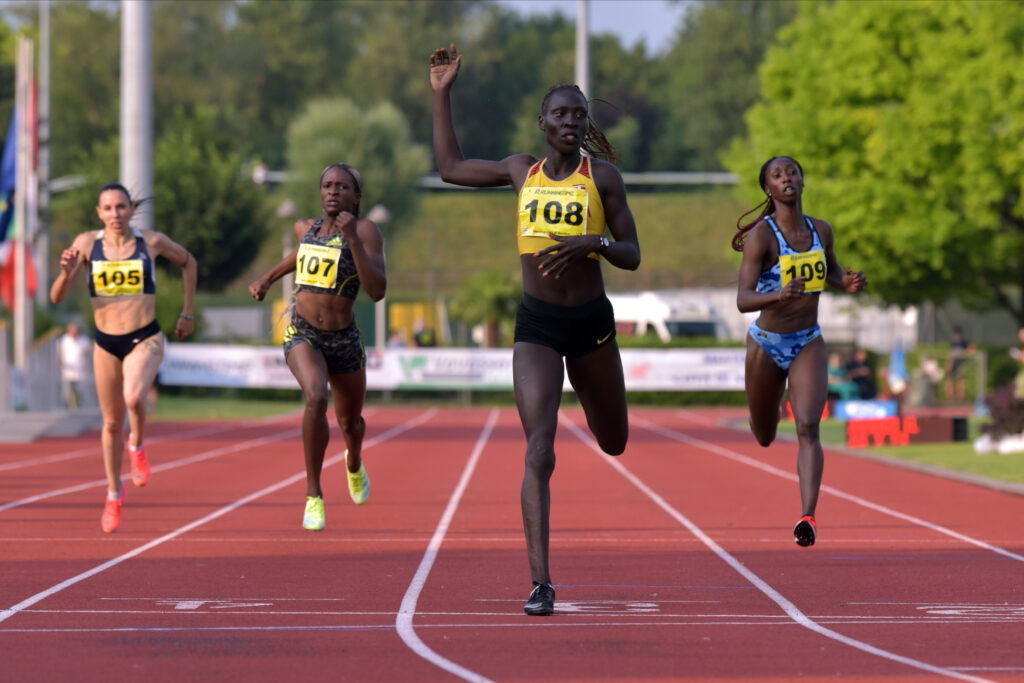 Ugandan 400 metre runner, Shida Leni, has qualified for the forthcoming Tokyo Olympics. She did so through World Athletics “Road to Tokyo” route https://www.worldathletics.org/stats-zone/road-to/7132391?eventId=10229511 (ranked 41st). The qualification was confirmed in yesterday’s email to us from Beatrice Ayikoru, the General Secretary of the Uganda Athletics Federation.

Shida will be Uganda’s only sprinter (male or female) at the Games. All its other athletes will be middle or long distance runners. Her 41st position ranking means we should be realistic about what she can do in Tokyo. Her main achievement has been just reaching an Olympic Games, the first Ugandan sprinter to compete at an Olympics for very many years.

Her qualification was considerably assisted by a recent 5-week European tour in which she competed in seven 400 metre races, and had a week’s training stint in Portugal. This excellent programme was put together by her London-based manager, Jeff Freeman.

Shida has been trained, since August 2013, by the husband and wife coaching team of Kevin and Sue O’Connor. Kevin observed:

“We have seen Shida, on a huge number of occasions, push herself to the point of exhaustion in track training at Kampala’s Mandela National Stadium (Namboole), or in weight-training at Silver Springs Hotel’s Espace Gym. The big improvement in her 400m time (from 55.80 sec in 2013 to her current 2019 National Record of 51.47 sec) that her efforts have generated, mean that she has now raced in 20 different countries on 4 continents (Africa; Europe; Asia; Australasia). And, next year, if she can qualify for the World Championships in Eugene, this will add a 5th continent (the Americas) to her tally. Such wonderful exposure, to different countries and their cultures, is just reward for the effort she has put in. Unless you have been an athlete yourself, it is difficult to understand the discipline and pain that such training and racing involves. And she has done all this, while concurrently obtaining a Master’s Degree in Guidance Counselling at Bugema University. Shida Leni is a special Ugandan.”PHOTOS BY  Michele Maraviglia.