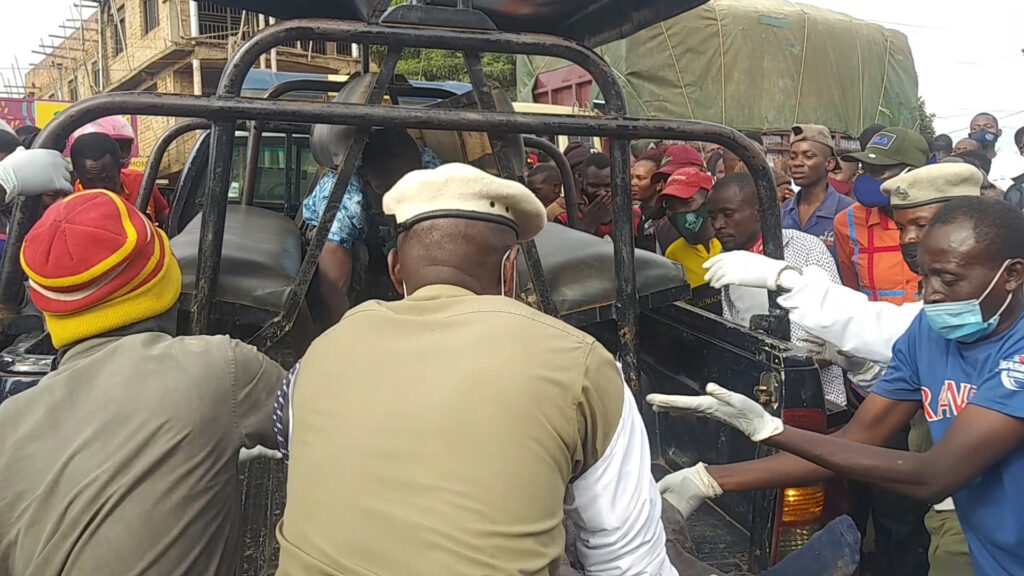 Forward Truck number UAU963E has lost control and rammed into a washing bay killing two instantly and three were rushed to Sir Albert Cook hospital in ailing conditions for treatment, the deceased is Lameck Kayongo a passenger who was on a bodaboda.
The accident occurred on the roadside washing bay opposite Mukono resort hotel along Kampala – Jinja Highway in Mukono town
By the time we reached the scene rescuers were working hard to cut the truck driver out. The truck driver who was still stuck inside, eventually they managed to get him out.
Eyewitnesses say that the forward truck driver lost control of the truck due mechanical conditions and it ended up in the washing bay killing and injuring innocent people.
The resident puts the blame on the narrow Jinja-Kampala highway and they echoed UNRA to widen the road to avoid such accidents.called upon the government to widen Jinja Road because it’s causing a lot of accidents.
Traffic Police in Mukono without comment came and picked the bodies of the deceased to Mulago hospital for postmortem.