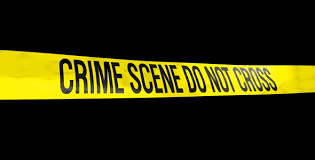 Naggalama police division in Mukono District has arrested an unidentified man who allegedly killed a woman after forcing her into Sexual intercourse.
The suspect, together with two others who are on the run, gang raped Annet Namutebi, 37 yesterday night and strangled her to death and dumped her body in the middle of Kayunga road.
The incident occurred at Namirembe Village in Kyampisi sub county Mukono district. The body was discovered in the morning by residents who alerted the authorities.
Drama ensued when the mob tried to lynch the suspect and this prompted police to disperse the angry residents by shooting in the air in order to rescue the suspect.
Residents said that the deceased left her husband in the house at night and went to the bar in the night; they were chased away by LDU officers who were enforcing curfew.
Sekago William, the husband of the deceased Narrated to us that his wife moved out of the house to the bar along with their little daughter.
“After a few hours my daughter came back lonely and she informed me that, she fled the bar after it was raided by police and LDU while enforcing curfew, her mum ran to unknown destination” said Sekago with tears draining from her eye
The area chairperson Sulaiman Mutyaba noted that the killers might have been in the bar with the deceased.
“They dumped the body in the middle of the road, to make the public think that she was knocked by the vehicles,” said Sulaiman.
Sulaiman added that such incidents would not happen in the area, but some residents have totally failed to comply with the presidential directives despite the fact that he ordered all bars to remain closed.
Police preliminary findings indicate that the suspects first raped Annet who was drunk; they later killed her because they were furious that she had recognised them.
After the incident, the two suspects fled to unknown places, however in the morning the residents mounted a search and found one of the suspects hiding in the nearby bush.
The body has been conveyed to City mortuary for postmortem while the suspect is currently detained at Nagalama police division, efforts to seek Police’s comment was futile as Luke Owoyesigyire was not picking his phone.