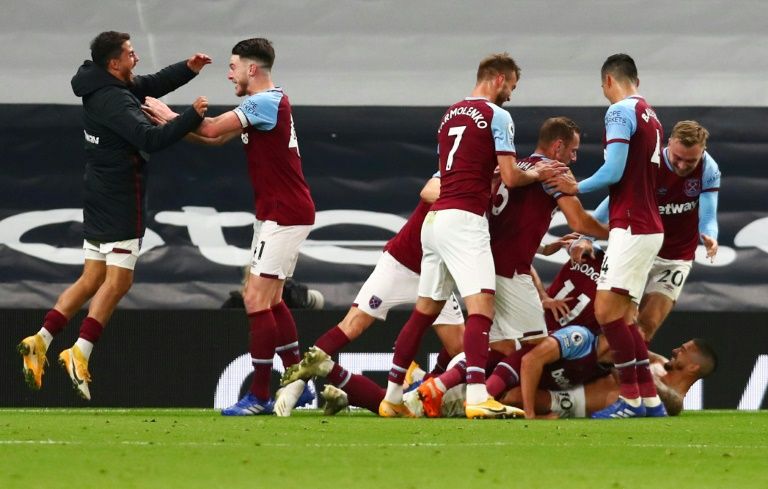 JOSE MOURINHO refused to blame the introduction of Gareth Bale for Tottenham’s spectacular collapse yesterday as West Ham fought back to claim an extraordinary 3-3 draw.

The dramatic encounter was the latest in a series of high-scoring, unpredictable matches in the new Premier League season, with Spurs’ capitulation coming soon after the arrival of Bale in the 72nd minute for his first appearance since returning to his former club from Real Madrid. Spurs were coasting to victory after racing into a 3-0 lead in the first 16 minutes, with a Heung-min Son goal after 45 seconds and a brace from Harry Kane.

But the Hammers, with their manager David Moyes back in the dugout, recovered in unlikely fashion with three goals in the last eight minutes, the comeback completed with a stunning stoppage-time strike from Manuel Lanzini.

Mourinho did not think the arrival of Bale, who shot just wide with a great chance when Spurs were 3-2 up, affected the game in a negative manner. ‘Don’t think so, honestly don’t think so,’ he said. ‘The decision not to start him was I think a good decision. A decision to show that he doesn’t have a beautiful chair waiting for him in the team and he sits there the first time he can.

‘It was a message to the team that in this team everybody has to fight for positions. He’s very well accepted in the group. Everyone likes him, and I believe he also likes what he found here. So everything is positive and the focus was not on him. The focus was on the game and he was on the bench for 65 minutes or so and I don’t think so, I don’t think at all.

‘It’s a pity that he couldn’t score that fourth goal which was a beauty and would have killed the game.