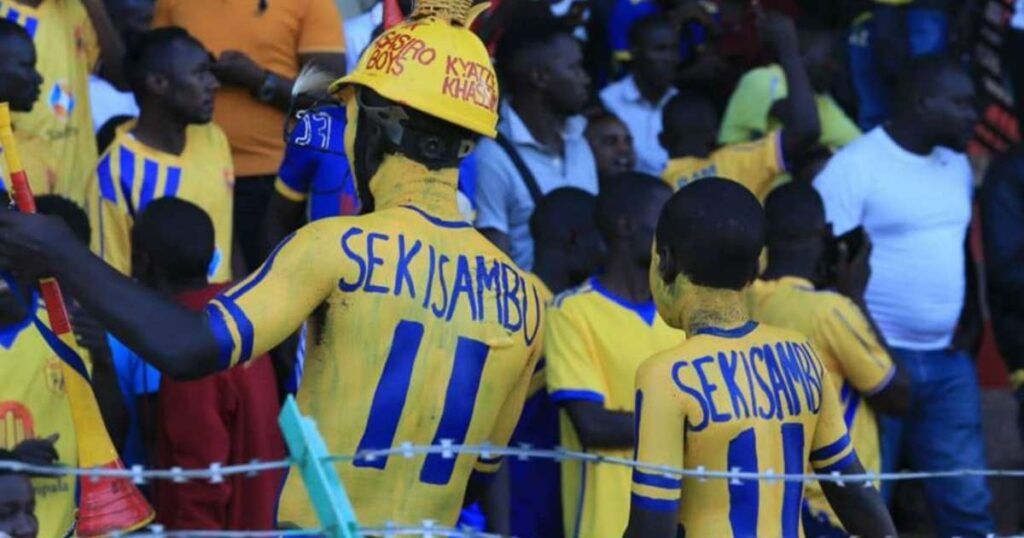 The former Ugandan Premier League (UPL) champions have unveiled the new yellow and blue jersey in a video featuring defender John Revita and three members of the squad.

According to the video, the new replica jersey for the fans will hit the market on Monday and will go for 35,000ugx (adults) and 40,000ugx for kids.

The unveiling of the new jersey comes just two days after the club confirmed new squad numbers ahead of the new campaign set to kick-off on November 20.

With 10 new signings, one promoted from the junior side, and one player returning from loan, changes in shirt numbers had to be rung in the squad.

Striker Charles Lwanga will don shirt 18 while Moses Kalanzi will wear shirt 27, Brian Aheebwa will have shirt 9 as his, and Denis Iguma will don shirt 25 formerly donned by Allan Okello.

In other shirt number changes. Musana Hassan has been moved from shirt 23 to shirt three formerly donned by Moses Aliro who will now don shirt 26, Keziron Kizito will don shirt 17 and his former shirt number 20 will be donned by Bright Anukani.

KCCA will be seeking to wrestle the UPL title from Vipers SC and will also take part in the Caf Confederation Cup.