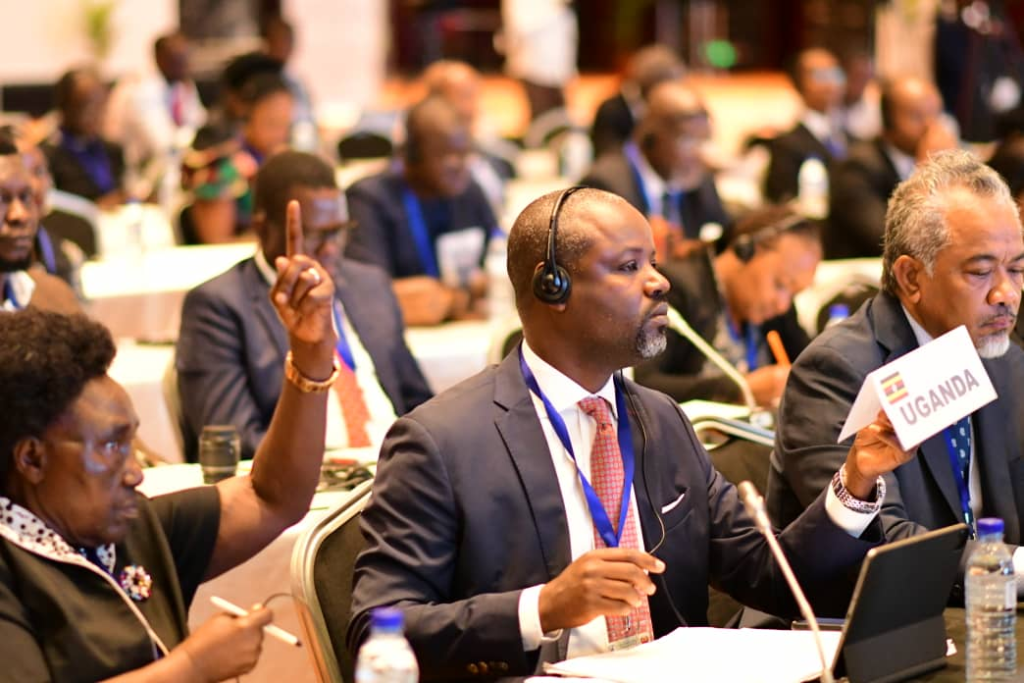 A Ugandan delegation in Mozambique led by the deputy speaker Thomas Tayebwa have opposed plans by pro-gay nations to impose the promotion of homosexuality and abortion as new conditions for trade and aid relationships with the European Union.

The joint sitting was on Monday 31, officially opened by Mozambique President, Filipe Nyusi who commended the organization for its prime role in the economic and social development of its member states.

Nyusi called upon participating member states to focus more on the climate agenda and how to deal with risks related to Natural disasters.

Diplomatic, trade and aid relationships between the European Union and ACP states are governed by the Cotonou Agreement.

Tayebwa expressed deep concern over calls by the EU to adopt homosexuality by the ACP countries, a development he said Uganda would vehemently reject.

Tayebwa said such practices are un-African and while “the EU is demanding that we take a certain route, they should also know the character of our society”.

Representatives from the pro-gay nations insist on an amendment to the ACP-EU rules to have the debate on the rights of homosexuals even after objections from African members.