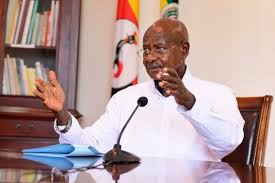 Following president Museveni’s speech on the state of human rights violations in the country on Saturday, the human rights defenders have put pressure on the president to act.
The Human rights defenders say president Museveni should apply an iron fist on his armed forces now that he has come out to condone the brutality.
Dr. Livingstone Sewanyana, the executive director human rights initiative says, based on the evidence the president showed the public on TV, he should come out and order the arrest of his uniform men
“Speaking on Television is not enough. Let him use constitutional means to arrest and apprehend all the perpetrators of human rights violations,” Dr. Livingstone Sewanyana
Sewanyana adds that, the state is to be held accountable with the torture and killings of ugandans. He said that he expected the president to talk about the Kasese massacre, the Bobi wine demonstration killings which reports are yet to produce.
“The public would like to see the people who were involved in those killings and the abduction of Ugandans brought to book”. Sewanyana supplemented.
David Ssendawula says Museveni is rather trying to clean up his tainted image. “He is great at exonerating himself and justifying his acts. We are inexplicably faced by rebel mindedness in this old mind.” He adds;
“It’s probably a reaction to events surrounding the fate of Omar El Bashir who’ll soon be handed over to the international criminal court. He’s trying to distance himself from his regime’s human rights abuses.”
The National Unity Platform (NUP) spokesperson Hon. Joel Ssentongo said that president Museveni is doing all this because of the pressure from donors.
Sources say this move has since scared his ex ally Yoweri Museveni who is destined for the same fate in case he leaves power. The entirety of his Saturday night address was to vindicate him of having a hand in the 2021 election brutality that left scores of Ugandans killed