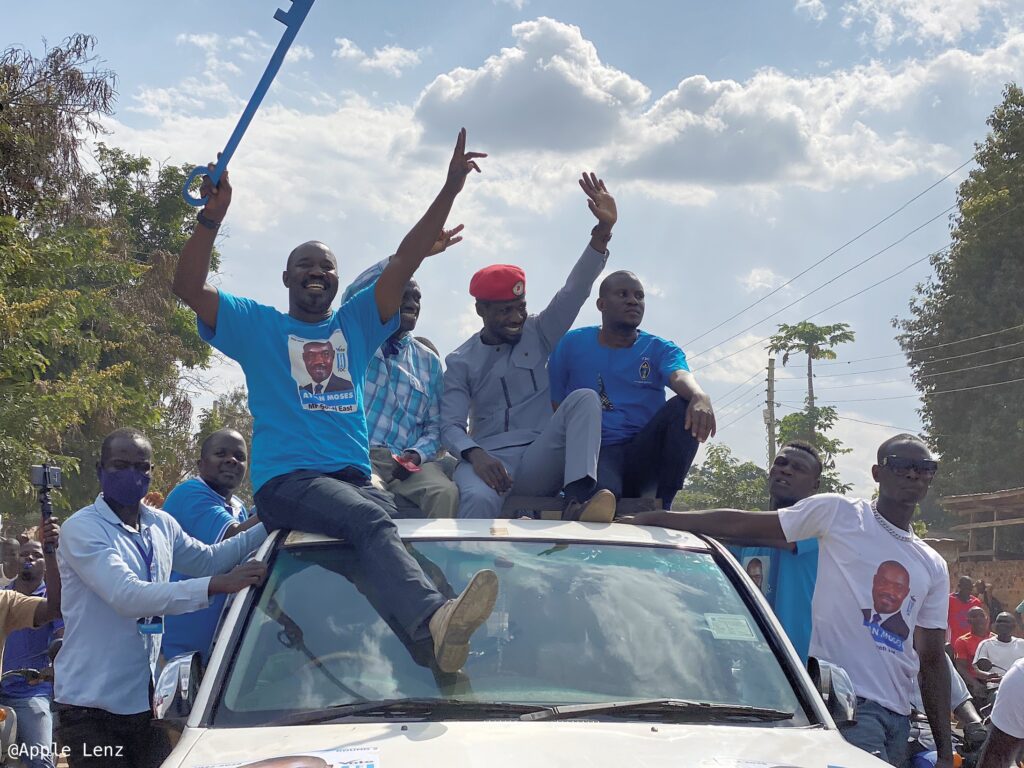 The leader of the National Unity Platform(NUP) Robert Kyagulanyi alias Bobi Wine and the opposition behemoth Dr. Kizza Besigye have called for peace and unity ahead of Thursday’s poll in the contested Soroti City East by-elections.
The National Resistance Movement(NRM) and Forum for Democratic Change(FDC) are both hopeful of garnering victory in what is likely to be a tight contest.
Kyagulanyi campaigned for FDC’s Attan Moses during the last day of campaigns yesterday and saying the opposition must form a united front if they want to defeat President Museveni.
“That is why our struggle must always be a Ugandan struggle. I have rallied the people of Soroti to turn up and vote, but most importantly to guard and defend their vote. I have no doubt in my mind that victory will be on the side of the people,” he said.
On his part, Besigye said the love they have received from the people of Soroti is overwhelming, adding that the spirit showed it’s possible to quickly reclaim the country.
“After winning here, we must wake up and say enough is enough. Did You hear what happened in Siri Lanka? They woke up and said enough is enough and the people of Sudan woke up and said that enough is enough. So ladies and gentlemen we can no longer allow our people to die of hunger,” he said.
The by election is on tomorrow.