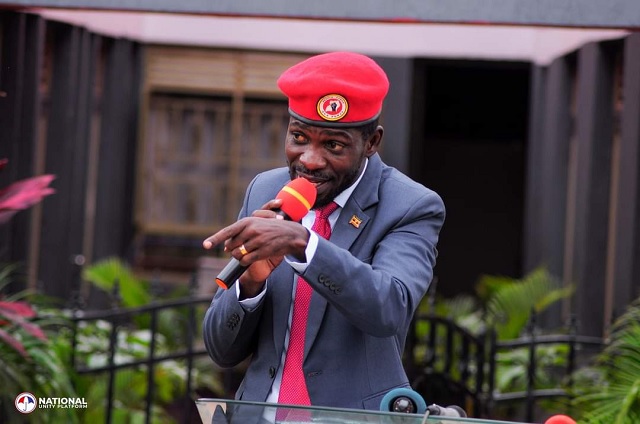 The president of National Unity Platform (NUP), Robert Kyagulanyi alias Bobi Wine has said he stands in solidarity with the leader of People’s Front for Transition(PFT), Dr. Kizza Besigye who is currently under house arrest.
Besigye was Thursday, intercepted by security operatives and put under house arrest for trying to mobilise protests against high cost of living in the country.
For five days now, Besigye has not been allowed to move out of his home in Kasangati. Members of public and journalists have also been barred from meeting him.
On Monday, Kyagulanyi said he was aware of Besigye’s siege and that he is standing in solidarity with his fellow friend in the struggle.
“Standing in solidarity with you Dr. Kizza Besigye as you approach your 5th day under house arrest; a punishment you are being subjected to for daring to protest against the skyrocketing cost of living.”
The NUP principle added that whereas his camp and that of Besigye disagree on approaches to remove president Museveni’s regime, that doesn’t take away the fact that they hold him in high esteem.
“The differences in our respective political approaches have not blinded us to the honour, fortitude and commitment with which you have gone about resisting oppression. Pole sana!”
On Monday, police spokesperson, Fred Enanga said they are still holding Besigye under house arrest to halt his plans of organising unlawful processions and assemblies in the city.