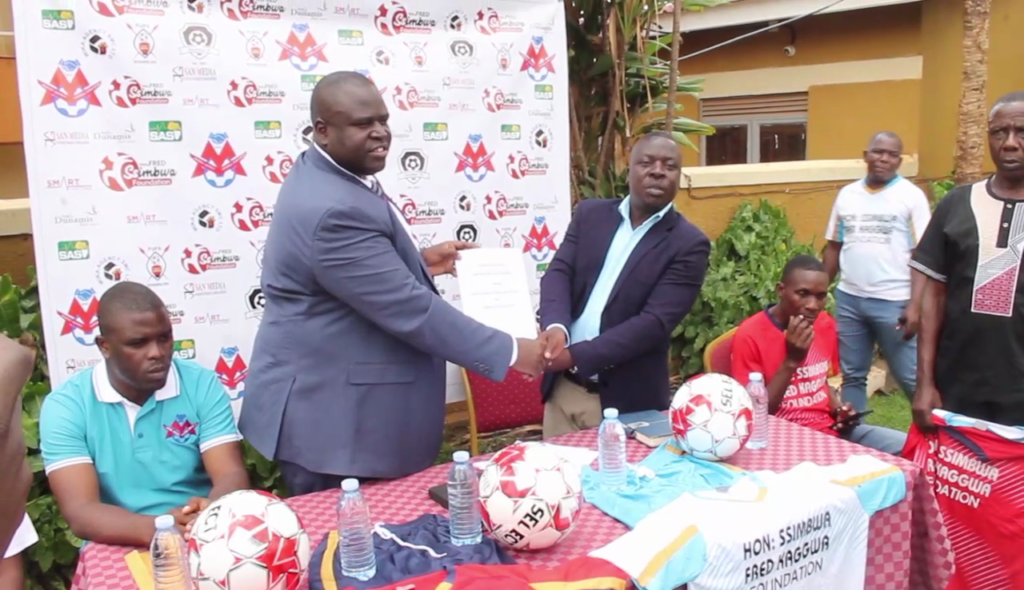 It was a moment of joy as the Mukono district football association signed a 40 million deal with the Nakifuma county Member of Parliament Hon. Fred Simbwa.
Simbwa will be the main football sponsor in Mukono district for a period of four years with 10 million shillings per annum; this is in the bid to counter challenges faced with football administration on the lower levels of the district.
The event was held at Gilgaby Hotel at Seeta Mukono municipality; Hon. Simbwa also donated football and jerseys to the clubs.
Fred Simbwa urged the Mukono football authorities to organize the league in a transparent manner as football has become a livelihood for various people including players, coaches and referees.

“I call upon transparency in the football administration in order to attract other sponsors” Simbwa noted.
Hope Atuhaire, the head of the women’s football in Mukono, said that they are trying to run the football amidst serious challenges including a lack of female players, with the existing ones without shoes and insufficient funds. Hope urged eligible sponsors to women football in Mukono

MDFA president Kivumbi Mahad said they have been running the football without funding, but now they hope that after getting a sponsor they will now be able to sustain the league and solve some of the challenges.

“For long we have been running this league without sponsors and this has been a challenge to us, thanks to hon. Fred Simbwa for the 40 million shillings, I call up other members of parliament to come on board” Said Mahad.